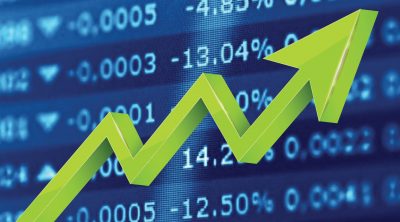 MyDx Inc (OTCMKTS:MYDX) is a very interesting case study in the cannabis space: this is essentially an enterprise play targeting handheld and data analytics niches. The stock has been burning up the chart in recent trade in a move that has come on the back of several strong press releases. Chief among them is the company’s announcement of its continued advancement of its crowdsourced database. The message was really about “how the MyDx community is playing an instrumental role in helping medical cannabis patients find relief by identifying the right chemical formulation for their specific needs.”

We’ve witnessed 230% tacked on to share pricing for the name in the past month, a bounce that has taken root amid largely bearish action over the larger time frame. The situation may be worth watching. MYDX has a track record that includes a number of dramatic bounces. In addition, the company has seen interest climb, with an increase in recent trading volume of greater than 180% beyond what we have been seeing over the larger time frame.

As noted above, the company has been emphasizing how its handheld device technology carries with it important co-product implications: the generation of a body of crowdsourced data analytics material. In this case, the company hopes to be able to tap value from that material in the form of best-fit analytics for the deployment of targeted MMJ therapies.

We have seen this angle taken by a number of players in the cannabis space of late. The idea is that a database of personalization strategies for MMJ therapy is itself potentially an asset of primary value. And, over time, companies in the space will be building such databases as a consequence of their continued investment in resources or care. Hence, highlighting the value of that data, in itself, is a tactic worth pushing toward investors.

Since MYDX is a technology play in the first place, this is perhaps a more natural strategy for them, and may be part of why the stock is acting so well.

That said, the stock is also reacting to the “network effect” potential for MYDX now that the company has data from as many as 40,000 consumer-generated pre-clinical data points – a number that is growing at 100% y/y, according to the release.

“This reminds me of my days at Pfizer where we were looking for new ways to create Active Pharmaceutical Ingredients in a more organic fashion,” stated Daniel Yazbeck, Chief Executive Officer of MyDx. “The 400+ chemicals found in cannabis will offer researchers access to a new class of ‘green Active Pharmaceutical IngredientsTM,’ or what I’d like to refer to as ‘gAPITM,’ that can arguably treat disease and help people improve their lives. The value proposition is very clear.”

“The ability to gather therapeutic data on a worldwide scale by tracking what people are consuming based on a chemical profile and what ailment it is helping them relieve is a benchmark that I believe will become a gold standard that will change the way we study and formulate drugs in the future,” stated Daniel Yazbeck. “As important, this process allows us tap into the basic human instinct of each member of the community to help one another by sharing their experience and results to support a drug development process that will ultimately help treat disease and improve people’s lives.”

Earning a current market cap value of $14.1M, MYDX has a bankroll ($184K) of cash on the books, which is balanced by about $536K in total current liabilities as last reported. One should also note that debt has been growing over recent quarters. MYDX is pulling in trailing 12-month revenues of $739K. However, the company is seeing declines on the top line on a quarterly y/y basis, with revenues falling at -38.8%. This is an exciting story, and we look forward to a follow-up chapter as events transpire. For continuing coverage on shares of $MYDX stock, as well as our other hot stock picks, sign up for our free newsletter today and get our next hot stock pick!