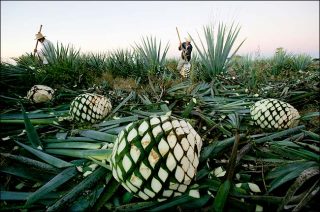 INTERNATIONAL SPIR COM USD0.001 (OTCMKTS:ISBG) announced growth initiatives for the brand for its flagship product, Besado Platinum Tequila™, which is expected to achieve a large increase during Q1-2017 compared to the previous quarter as the Company prepares to fulfill a significant number of outstanding purchase orders for Besado Platinum Tequila™ from distributors.

Most importantly, for ISBG and its shareholders, the company has successfully managed through a series of ‘toxic’ financing facilities with investment groups that converted over 1.27 billion shares, which ultimately placed downward pressure on the company’s market price, dropping it from a high of $0.024 in 2015.

Recently, INTERNATIONAL SPIR COM USD0.001 (OTCMKTS:ISBG) increased the number of authorized shares to 4.95 billion shares with the purpose being to have available, only if necessary, some additional restricted shares to be utilized as part of the acquisition of profitable entities as well as to satisfy the shares owed to the Top Shelf Brands shareholders of record.

Find out when $ISBG stock reaches critical levels. Subscribe to OracleDispatch.com Right Now by entering your Email in the box below.

Also in during March the company signed an agreement with Sirius XM Satellite Radio to create brand awareness for the newly launched website for Besado Platinum Tequila™. Known as the “Forbidden Tequila,” Besado has a unique, botanically infused blend of aphrodisiac herbs of Maca, Damiana and Ginseng.

Now that the company has binding agreements with Park Street and Passion finalized as of last week for its Besado Platinum Tequila™, the next step was identifying a nationally syndicated media outlet that would match the targeted demographic for Besado. With the new agreement in place, the product was showcased during the NCAA March Madness festivities, along with live reads on The Jenny McCarthy Show as well as by Jim Norton and Sam Roberts.

The company believes that the new marketing agreement will expand its present reach and help bring the exposure needed to capture such markets as California, Georgia, Illinois, Arizona and Colorado. Besado was already available Texas, Florida, Louisiana, New York, Maryland and New Jersey. Park Street brings to ISBG the tools required and the tangible support services necessary to deliver Besado directly to the consumer. Passion Spirits provides the online platform needed to deliver our world class beverage to the consumer’s doorstep with the click of a few buttons. With the launch of the online store being ahead of schedule, consumers will have that luxury beginning today.

“According to market data, at the end of the most recent quarter, Sirius XM Radio had over 31 million paid subscribers,” said ISBG Chairman and President, Alonzo Pierce. “McCarthy’s ‘Dirty, Sexy, Funny’ show is cutting edge, product-relevant and reaches a target audience that perfectly aligns with our marketing goals. The alcohol industry hit $5 trillion in sales last year.  With the execution of this agreement with Sirius Radio, the final piece of the puzzle is now in place to tap into this hugely lucrative market sector and should provide shareholders the opportunity to see record setting revenues in 2017 and beyond.”

The partnership spots have been running on “Dirty, Sexy, Funny” on a regular basis. The McCarthy show airs weekdays from 10:00 a.m. to noon on STARS. “Besado’s amazing flavor profile and disruptive packaging gets people talking–just like Jenny McCarthy does on her show,” said Terry Williams, CEO of International Spirit and Beverage Group. “She says what’s on her mind and really doesn’t care what people think–that’s the ‘in your face’ attitude we are looking for in a marketing partner for our Besado Platinum Tequila™.”

With the on air advertising complete International Spirit and Beverage Group Inc., (OTCMKTS:ISBG) will now place product in inventory in over 100 brick and mortar stores in addition to the online platform in Passion Spirits and seems poised to harness its share of this market. The company says it intends to meet revenue projections of $2-3 million USD in 2017, with and gave guidance of revenues in 2018 to $10M USD.

But we will see if shares sort themselves out, this stock has been in decline most of the year and most of the volatility has been on the downside. Certainly one to watch as they committed to a series of moves that will help sales and awareness for the product and public company shares. For continuing coverage on shares of $ISBG stock, as well as our other hot stock picks, sign up for our free newsletter today and get our next hot stock pick!