McAfee and MGT Capital Investments Inc. (OTCMKTS:MGTI) on the Move 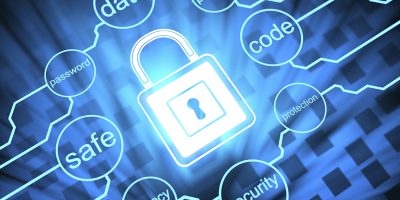 Namesake John McAfee rolled out the public company MGT Capital Investments Inc. (OTCMKTS:MGTI) at a time where the cell phone security market needed it most, and the McAfee brand is one of the most recognized brands in the world when it comes to security.

Shares in the stock exploded last summer and went from pennies to near $4 per share before they were required to step down to a non-filing status which also put pressure on shares. But a look at the chart below shows they have relevance in the mobile security business due to the power of the McAfee name and brand recognition around older PC users.

MGT Capital Investments Inc. (OTCMKTS:MGTI) announced last month that it has signed a non-binding letter of intent with Nordic IT Sourcing Association to develop a truly secure mobile phone. The letter of intent is expected to lead to a definitive contract whereby MGT would be responsible for designing, testing and assembling a state of the art cell phone with privacy features that stay one step ahead of hackers and eavesdroppers. The base phone will be procured as an OEM model using the Android operating system, and then modified using the skills of MGT’s cybersecurity team.

The definitive agreement will be predicated on minimum initial and recurring quantities, currently anticipated at 160,000 units to begin, and 50,000 units monthly thereafter.  Subject to final specifications, revenues to MGT are contemplated at $350 USD per unit.

McAfee has joined forces with a leading influential think tank focused on mobile, security, and digital services. Nordic IT is involved in the research and development of disruptive technologies on behalf of its members and partners, which include senior executives from many of the world’s largest corporations. The partners expect a definitive agreement within 60 days, with initial product shipments approximately a year later.

John McAfee, Executive Chairman and CEO of MGT observed, “Smartphones have become the Achilles heel of cybersecurity. No matter how secure our applications become, they must still execute in an environment designed from ground up to be a spy device. It is like building a race car and having it powered by a rubber band.”

Alexander Reay, President of Nordic IT, stated, “We are honored to be working with cybersecurity pioneer John McAfee and his team. MGT’s innovative ideas should result in a unique offering in mobile communications. We have been heavily involved in the research of security and privacy issues, both in the Nordics and with our partners worldwide. With the new GDPR regulations here in Europe set to take effect in 2018 and recent leaks, there is no end to the privacy issues facing enterprises and society as a whole. We strongly believe that such a device will be the center of attention for both privacy concerned consumers, and corporate leaders looking to develop a winning strategic cybersecurity and privacy program on behalf of their company.”

The company is in the process of acquiring and developing a diverse portfolio of cyber security technologies. With industry pioneer John McAfee at its helm, MGT is positioned to address various cyber threats through advanced protection technologies for mobile and personal tech devices, as well as corporate networks.

Also as part of its corporate efforts in secure technologies, MGT is growing its capacity in mining Bitcoin. Currently at 5.0 PH/s, the Company’s facility in WA state produces about 100 Bitcoins per month, ranking it as one of the largest U.S. based Bitcoin miners. Further, MGT is in active discussions with financial partners to grow Bitcoin output materially.

Lastly, MGT Capital Investments stockholders have voted to change the corporate name of MGT to “John McAfee Global Technologies, Inc.” Following a dispute over ownership and permitted usage of the name McAfee, The Company and Intel have agreed to a mediation process to avoid unnecessary legal costs, which caused concern to many shareholders. This seems to be an important driver for the company and has been reflected in share price over the last year, but this is such a good revival story investors cannot stay away. This is an exciting story and we will continue to update critical events. For continuing coverage on shares of $MGTI stock, as well as our other hot stock picks, sign up for our free newsletter today and get our next hot stock pick!