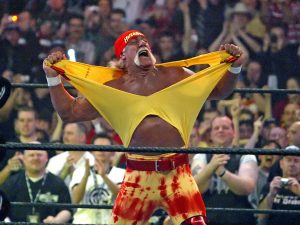 Solaris Power Cells Inc (OTCMKTS:SPCL) is a micro-cap stock that’s clearly begun to spur some interest among players in the marketplace as shares bounce up off recent lows. The most recent catalyst behind the jump is the company’s announcement that it has signed definitive agreements to acquire migme — one of Asia’s fastest growing social media platforms, with approximately 35 million monthly active users (MAU’s).

According to the release, “Solaris is adding to its media technology holdings, notably distribution-as-a-service company PixelMags, which takes publishers’ content and automatically formats and natively distributes across platforms.” The news powered shares of the stock to the tune of about 100% in gains during trade on Thursday.

The portfolio company PixelMags is a leading distribution-as-a-service company which takes publishers’ content, formats and natively distributes to the varied Digital Newstands such as Apple, Google, Readr platforms.

Find out when $SPCL stock reaches critical levels. Subscribe to OracleDispatch.com Right Now by entering your Email in the box below.

“This agreement shows our acquisition strategy is starting to yield positive results. After nearly ten months since acquiring PixelMags, we’re announcing our second acquisition and remain excited about the combined potential,” stated Neil Kleinman, CEO of Solaris. “This acquisition will add one of Asia’s fastest growing social platforms. Approximately 110 employees will be added to the Solaris team who will play a pivotal role in the future success of the company.”

The acquisition appears to make sense as the company has assets that mesh well with the target for the migme network. Investors may also be cheering the sense that the company is doing what it said it would, in terms of an acquisition strategy. So often, that strategy is used as word play to placate the marketplace while a share dilution scheme is unfolding. To see a deal made here perhaps suggests something more about the company going forward.

According to the release, Solaris signed an agreement to acquire all issued capital in Project Goth, Inc., a subsidiary of migme, which owns the operating companies, including the company’s portfolio of intellectual property. Solaris aims to integrate migme’s branded app and other properties — dating app LoveByte, artist management community alivenotdead, social news site Hipwee and ecommerce services through Sold and Shopdeca.

One sticking point also noted is this: “The agreement is subject to Solaris becoming current in its financial and SEC reporting obligations, and other conditions. Management believes the transaction will close by June 15th.” We would mark the date on your calendar. If we see June 16th without closure here, the stock will likely become very vulnerable.

Steven Goh, CEO of migme, said, “The proposed transaction provides an opportunity for migme to be more fairly valued on an exchange that better understands technology companies, with a clear peer group to be valued against. We look forward to working with Neil and the Solaris team in creating value for all shareholders.”

Traders will note 67% tacked on to share pricing for the company in the past week, a rally that has pushed up against longer standing distributive pressure in the stock. The situation may be worth watching. SPCL has a track record that includes a number of dramatic bounces. What’s more, the company has benefitted from a jump in recent trading volume to the tune of 83% over the long run average.

At this time, carrying a capital value in the market of $0.8M, SPCL has no real transparency into the books right now — which is why we would use a great measure of caution until the books are current. You can bet we will update this one again as new information comes into view. For continuing coverage on shares of $SPCL stock, as well as our other hot stock picks, sign up for our free newsletter today and get our next hot stock pick!