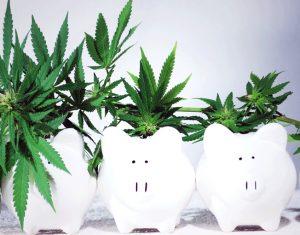 MyDx Inc (OTCMKTS:MYDX) is a penny player in the technology wing of the cannabis patch that has recently put out its financial numbers, as well as a key presentation to accompany that data. In the wake of this data and presentation, the stock appears to have failed its most recent breakout and extension attempt. We thought it was a good time to take a look at the data to understand more about this reaction.

At first blush, it’s hard to find the misstep here. The company reported strong y/y sales growth, reflecting its ability to keep pace with growth of interest surrounding cannabis in general over the same time period. In addition, the company also noted in its presentation that the MYDX app is winning at the app store, with more than 50k downloads – it also reached the number one ranking in the medical category in the iOS app store as well as the number one spot for the keyword Cannabis. Hence, there is clear engagement there.

According to company materials, “MyDx, Inc. (OTCQB:MYDX) is a chemical detection and sensor technology company based in San Diego, California whose mission is to help people Trust & Verify® what they put into their minds and bodies. The Company developed MyDx®, a patented, affordable portable analyzer that provides real-time chemical analysis and fits in the palm of the user’s hand. The multi-use MyDx analyzer leverages over a decade of established chemical detection technology to measure chemicals of interest. The Company owns a substantial and growing intellectual property portfolio of patents covering its technology. The MyDx AquaDx®, OrganaDx™ and CannaDx™ sensors are now commercialized, and the AeroDx® application is next in line. All sensors will be compatible with a MyDx App that empowers consumers to live a healthier life by revealing the chemical composition of what they eat, drink and inhale.”

As we have covered in the past, the technology for CannaDX is important in terms of its automated analysis. But it’s likely going to be more important to grow a database augmented by the network effect of uses and inputs. As more and more people use the technology, they will record their associations, which will be accessible to other users, thereby increasing value as we go.

That’s why the most important data point in the company’s recent release was the revelation that they now have more than 40,000 consumer-generated data points growing at over 100% year over year. It’s this form of traction that one must watch.

The chart shows -4% sliced out of share values of the company over the past month of action, a bounce that has taken root amid largely bearish action over the larger time frame. That said, MYDX has evidenced sudden upward volatility on many prior occasions. What’s more, the name has benefitted from a jump in recent trading volume to the tune of above 120% over the long run average.

Now commanding a market cap of $18.27M, MYDX has a reported bankroll ($184K) of cash on the books, which must be weighed relative to about $536K in total current liabilities. One should also note that debt has been growing over recent quarters. MYDX is pulling in trailing 12-month revenues of $808K, which represents over 110% in top-line growth over the period. We will update the story again soon as further details emerge. For continuing coverage on shares of $MYDX stock, as well as our other hot stock picks, sign up for our free newsletter today and get our next hot stock pick!