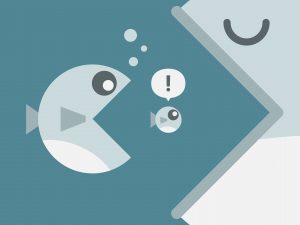 Solaris Power Cells Inc (OTCMKTS:SPCL) is a triple zero sub penny who is in acquisition mode, and shares have been trading higher this year. The company is a growth focused digital media company engaged in buying and managing overlooked and potentially undervalued media properties.

Solaris Power Cells Inc (OTCMKTS:SPCL) is adding to its media technology holdings, notably distribution-as-a-service (DaaS) company PixelMags, which takes publishers’ content and automatically formats and natively distributes across platforms. The company is chasing some exciting sectors in today’s markets and owning the important intellectual property associated with them.

Find out when $SPCL stock reaches critical levels. Subscribe to OracleDispatch.com Right Now by entering your Email in the box below.

“This agreement shows our acquisition strategy is starting to yield positive results. After nearly ten months since acquiring PixelMags, we’re announcing our second acquisition and remain excited about the combined potential,” stated Neil Kleinman, CEO of Solaris. “This acquisition will add one of Asia’s fastest growing social platforms. Approximately 110 employees will be added to the Solaris team who will play a pivotal role in the future success of the company.”

Migme is a global digital media company with a large footprint in Southeast Asia, the fastest growing global mobile market. The platform allows stars and fans to interact together in thousands of digital chat rooms, driving longer user sessions than most other social networks. With a quarterly growth rate of 30%, migme is soon expected to join the ranks of Asia’s largest social media peers like Meitu in China and Hike in India.

Under the definitive agreements, Solaris will acquire all issued capital in Project Goth, Inc., a subsidiary of migme, which owns the operating companies, including the company’s portfolio of intellectual property. Solaris aims to integrate migme’s branded app and other properties — dating app LoveByte, artist management community alivenotdead, social news site Hipwee and ecommerce services through Sold and Shopdeca.

The agreement is subject to Solaris becoming current in its financial and SEC reporting obligations, and other conditions. Management believes the transaction will close by June 15th.

Steven Goh, CEO of migme, said, “The proposed transaction provides an opportunity for migme to be more fairly valued on an exchange that better understands technology companies, with a clear peer group to be valued against. We look forward to working with Neil and the Solaris team in creating value for all shareholders.”

Solaris Power Cells, Inc. (OTCMKTS:SPCL) started out the year with a rally getting them out of sub penny status.  It is common with holding companies who use their shares as currency to get follow on selling pressure once they make acquisitions, this happened in SPCL in the first quarter. Shares have recovered, and the company is sticking to the hot sectors which will peak the interest of market watchers.

Native advertising is an relatively undiscovered area where few public companies have a footprint. So it’s nice to see a public company, at an inexpensive valuation, enter this field. I would look carefully at library of intellectual property the company is acquiring and how common shareholders trade in and out of the stock, we are in an exciting age of sector growth with many small companies where they are getting abrupt volume and great price appreciation with smart intellectual property acquisitions. For continuing coverage on shares of $SPCL stock, as well as our other hot stock picks, sign up for our free newsletter today and get our next hot stock pick!