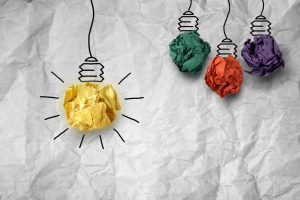 Pick-Ups Plus, Inc. (OTCMKTS:PUPS) is yet another deep sub-penny micro-cap launch that has the OTC trading world abuzz. From what we can gather, the name appears to be under active promotion, with the big theory being that it will be the object of a reverse merger. With DOLV going down as such a stunning recent success of a similar nature, it’s no wonder this has become a flavor of the day.

And the stock’s recent action seems to bear this out. However, we see none of the signs that we saw with DOLV. The company has not gotten its filings current. There is no clear initial investment and executive penetration into the front office by a likely party. In fact, there’s nothing at all going on here. Nothing, that is, but a massive rip higher in the stock.

Pick-Ups Plus, Inc. (OTCMKTS:PUPS), the company, was incorporated in Delaware in 1993 and, as of last notice, some 10-plus years ago, promulgated itself as “a franchisor, wholesaler, retailer and installer of accessories for trucks and sports utility vehicles. We currently have five operating franchised stores that are located in Texas, Ohio, Kentucky and Illinois. Additionally, as of September 30, 2006, there were two Company-owned stores located in the Cincinnati, Ohio area.”

According to company materials, in April 2004, the Company acquired Auto Preservation, Inc., which operates as a wholly owned subsidiary. Auto Preservation has two operating centers in the Cincinnati market providing automotive dealerships in this market a single source solution for their new vehicle prep, environmental protection packages, pickup truck and SUV accessories and detail and reconditioning sales and services. Additionally, the Company began to offer exclusive licenses for individual territories for the ValuGard name and product outside greater Cincinnati.

That was all current information as of sometime in 2006. Since then, this company has been as silent as the tomb.

Find out when $PUPS stock reaches critical levels. Subscribe to OracleDispatch.com Right Now by entering your Email in the box below.

In all, we’ve witnessed more than 840% on the upside in PUPS in just the past few days, but that move comes in the context of a larger bearish trend. Furthermore, the stock has registered increased average transaction volume recently, with the past month seeing topping 650% above its longer-run average levels.

There are no news items, press releases, filings, or even obvious rumors here. There’s just a whiff of a concept, and some incoherent chatter on message boards about maybe a non-disclosure agreement between someone and someone else.

The most compelling part of the narrative is simply the move in the stock. To be sure, momentum begets momentum in a case like this. Frankly, in our experience, when there is this much smoke, there is usually fire. But the pattern of sub-penny powerhouse moves and reverse mergers and big, sudden, overnight repricings over the past couple months has been pervasive enough that it might just be time for a self-fulfilling prophecy fake-out.

As far as the cap table, the last we really know for sure is given in the company’s last 10-Q in 2006: “As of November 10, 2006, the Company had 195,807,900 shares of its common stock issued and outstanding of which the Company believes 35,045,358 shares to be restricted shares. Rule 144 provides, in essence, that a person holding “restricted securities” for a period of one year may sell only an amount every three months equal to the greater of (a) one percent of a company’s issued and outstanding shares, or (b) the average weekly volume of sales during the four calendar weeks preceding the sale. The amount of “restricted securities” which a person who is not an affiliate of our company may sell is not so limited, since non-affiliates may sell without volume limitation their shares held for two years if there is adequate current public information available concerning our company. In such an event, “restricted securities” would be eligible for sale to the public at an earlier date. The sale in the public market of such shares of common stock may adversely affect prevailing market prices of our common stock.”

The fact is, we don’t know much here. All we can say on PUPS is this: the stock is acting like something big is going to happen. A reverse merger is the only narrative that makes any sense. But none of the other signals are there that this ticker is on the verge of a reverse merger agreement, and we have seen many other moves like this. So, doubt and caution are certainly reasonable instincts here. For continuing coverage on shares of $PUPS stock, as well as our other hot stock picks, sign up for our free newsletter today and get our next hot stock pick!