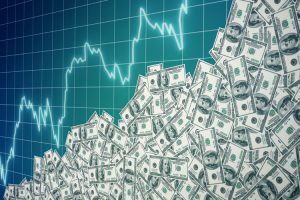 Newgen Concepts Inc (OTCMKTS:VPOR) is a triple zero sub penny which rode the cannabis wave in February basically running from 1 to 5 on larger than normal volume.  It seemed the momentum players came and went in the stock in a few weeks, and the shares are getting a revisit today.  It’s hard to tell if the measured bounce will mean anything, this stock needs to make some new highs to be relevant again, and back in February it took hoards of volume to move it in any direction. This trip needs to be longer term believers, and not the short term momentum players who came and went before.

Most of the previous rally revolved around the press release that announced that its Board of Directors approved a reduction in the Company’s quantity of authorized common stock from fifteen billion to eight billion shares. The primary reason for this reduction was the Company’s settlement or pay down of several convertible promissory notes reducing the overall debt owed to note holders. Such notes frequently require the borrower to reserve large quantities of shares for debt to equity conversions over time.

Dror Svorai, President of Vapor Group, stated, “We have long been concerned about the amount of debt we have been carrying and the associated large quantity of authorized shares of common stock that we were required to reserve for it. We are delighted to announce that by reducing this debt significantly, we are now able to reduce our authorized common stock from fifteen billion shares to eight billion – cutting it almost in half. Importantly, this change represents a reduction in the potential for the ongoing dilution of our shareholders while simultaneously improving our overall financial strength.”

Newgen Concepts Inc (OTCMKTS:VPOR) also announced last month a plan to accelerate its production and delivery, by investing in its own manufacturing facility in China. The company said, since the first two Easy Grinder™ production runs of over 40,000 units, (March and June) are essentially sold out and demand is continuing to grow daily, both domestically and multi-nationally, the Company has decided that it is vital to 2017 revenues and profits, to expand its overall focus on Easy Grinder™ even further. As a result, the Company’s Chief Operating Officer is already en route to China, to finalize the negotiation and opening of a manufacturing facility, solely for Easy Grinder™ production and export.

Find out when $VPOR stock reaches critical levels. Subscribe to OracleDispatch.com Right Now by entering your Email in the box below.

They also had recent press about reports that, since the Company launched its Easy Grinder™ marketing campaign last month, the number of unique visitors to and  has grown to exceed 450,000, within the last 10 days.

Moreover, day-over-day, the average number of unique visitors to the Company’s websites continues to surge, as demand specific to Easy Grinder™ grows daily. Web analytics also show that, a large number of visitors to the Company’s websites are also clicking through each site’s tabs to learn more, spending more time on each site, and returning as repeat visitors. Vapor attributes the surge to its worldwide, social media campaign begun with year-through online marketer, with a reach of over 100 million potential customers for the Company’s products.

Vapor Group, Inc. (OTCMKTS:VPOR) formerly named NewGen Concepts, Inc has some milestones to meet to get shares going in the right direction. The trick for many of the cannabis sector stocks is they will need to find a way to maintain the market cap that swept the sector higher, like VPOR, companies are restructuring the balance sheet and getting shares and shareholders in position to get some price appreciation. The company has a wide range of opportunities with its varied product line in manufacturing and marketing vaporizers, e-cigarettes and e-liquids.

The Company’s subsidiary, Total Vapor, Inc. is the worldwide distributor of the revolutionary, hand-held automatic Easy Grinder™ designed for the MJ market. These shares will need to make new highs to be viable again, but they started on the right path in the last few trading days. For continuing coverage on shares of $VPOR stock, as well as our other hot stock picks, sign up for our free newsletter today and get our next hot stock pick!