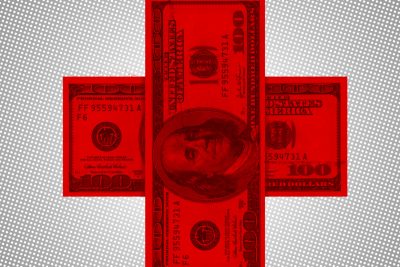 NanoViricides Inc (NYSEMKT:NNVC) has been making noise on the conference circuit and leadership has been focusing on visibility as they prepare for human trials.  The company was recently in front of an audience at Planet Microcap conference at the Planet Hollywood Hotel. This normally brings together the companies in MicroCap Finance for three days of company presentations, one-on-one meetings, and networking.

A look at a chart below shows some recent volume and price appreciation on the back of the visibility.

NanoViricides Inc (NYSEMKT:NNVC) is a global leader in the development of highly effective antiviral therapies based on a novel nanomedicines platform, and announced a few month’s back that it has published a letter from the Company’s CEO addressing its shareholders on its website. This letter was a playbook for what is happening now in shares.

In this letter, Dr. Eugene Seymour, CEO of the Company, surveys the Company’s accomplishments in the past fiscal year that ended June 2016, and more recent events. The letter describes the progress that the Company has made towards entering human clinical trials. The Company believes that a nanoviricide® skin cream against shingles will be its first drug to go into human clinical studies. The Company expects that additional HerpeCiode™ program topical drug candidates will follow the shingles drug candidate into the clinic.

Subscribe below and we’ll keep you on top of what’s happening before NNVC stock makes its next move.

In addition, the letter lays out the steps that the Company will be accomplishing in the near future as it advances the shingles drug into human trials. Over one million cases of shingles are seen in the US annually with 70% of these cases being found in elderly and immunocompromised individuals.

The Company has four different drugs in development in the HerpeCide program. All of these high priority drugs are topical treatments, which is expected to enable a relatively rapid regulatory process as compared to systemic drugs.

Further, NNVC has four more systemically delivered drugs in different preclinical development stages that are expected to mature towards the clinic. The Company continues to work on these drug candidates at lower priorities, due to resource limitations.

The Company believes it now has the infrastructure to develop antiviral drugs from discovery all the way to clinical product manufacture in its new campus in Shelton, CT. This has strengthened the Company’s position as it would allow the Company to become a stand-alone antiviral pharmaceuticals company. The Company believes it will pursue out-licensing or co-development strategies with other partners where possible.

NanoViricides, Inc. (NYSEMKT: NNVC) is a development stage company that is creating special purpose nanomaterials for antiviral therapy. The Company’s novel nanoviricide® class of drug candidates are designed to specifically attack enveloped virus particles and to dismantle them. The Company is developing drugs against a number of viral diseases including VZV, oral and genital Herpes, viral diseases of the eye including EKC and herpes keratitis, H1N1 swine flu, H5N1 bird flu, seasonal Influenza, HIV, Hepatitis C, Rabies, Dengue fever, and Ebola virus, among others.

Shares are higher for the week, and yesterday had a volume spike which is a result of the visibility the company has been working hard to achieve.

This is a stock to watch as it is in an area of biotech that has few solutions, and many of the biotech stocks are binary in nature where they only have a scenario where they win or lose. The recent volume in the stock shows many are now listening to what management has been touting and it is translating to share price and volume.  For continuing coverage on shares of $NNVC stock, as well as our other hot stock picks, sign up for our free newsletter today and get our next hot stock pick!