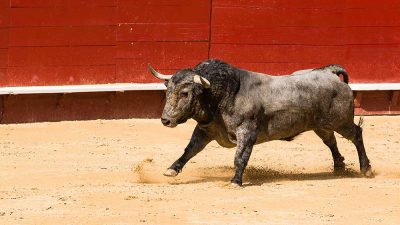 Lightwave Logic, Inc. (OTCMKTS:LWLG) is a micro-cap name that has exploded higher in recent days. The key catalyst appears to be the company’s announcement that it has achieved bandwidth suitable for 25Gbps data rates in an “all-organic polymer ridge waveguide intensity modulator prototype”. According to the release, this is a significant improvement over its initial 10Gbps device modulator previously reported in the final days of last year.

As we understand from company communications, a “modulator” converts electronic/digital information into pulses of light that pass along fiber optic cables. As the company notes, “Modulation is the central information-encoding technology for the data center, data communications, and high-performance computing industries. To achieve 100 Gbps, modulators are typically operated in groups of 4 (each at 25 Gbps) using a variety of circuit configurations.”

Lightwave Logic, Inc. (OTCMKTS:LWLG) frames itself as a development stage company nearing commercialization of a portfolio of organic, nonlinear electro-optical and all-optical polymers (plastic), which have the ability to alter light waves for various optical applications.

Initial use of this material is for the conversion of digital information into light pulses at speeds that are orders of magnitude faster than conventional materials, which are based on the nonlinear capabilities of inorganic materials.

In addition to developing materials for integration into customer contemplated designs, the Company is using these advanced materials as the basis for a series of proprietary, advanced integrated optical devices and sub-systems that have broad application in telecommunications, data communications and optical computing for applications in both military and commercial markets.

According to company materials, “Lightwave Logic, Inc. is a development stage company moving toward commercialization of next generation photonic devices using its high-activity and high-stability organic polymers for applications in data communications and telecommunications markets. Photonic electro-optical devices convert data from electric signals into optical signals.”

Subscribe below and we’ll keep you on top of what’s happening before LWLG stock makes its next move.

The gist here is the idea that, just as we might find advances over standard computers using quantum computation, where materials impose far fewer limitations and other properties are present that significantly augment the use cases, so we might find significant advances in information carrying conduits and data transmission materials by moving from inorganic to organic base substances.

Tom Zelibor, CEO of Lightwave Logic commented, “Less than two-quarters from our initial 10Gbps waveguide modulator press release, our engineering team has pushed the performance to where we can now address the explosive 100Gbps market for optical modulators. Enabled by our P2IC™ polymer system, our prototype device is suitable for data rates at 25Gbps, and we believe it can be scaled further to operate up to 50Gbps. A 50Gbps device would be the key to open the door for our company to address the next large market, 400Gbps nodes (e.g., using eight modulators). Our near-term next steps will be to optimize relevant 25Gbps device performance parameters.”

He followed that up with the following commentary: “We have continued to attract, recruit and hire specialized world-class device engineers to capitalize on our existing momentum, which has attained results ahead of schedule. Importantly, this will accelerate our continued progress in 2017 and beyond. In that effort, we have already begun exploring packaging designs to prepare for customer evaluations. The company clearly expects that the 25Gbps device will generate significant industry attention as we squarely address powerful, cost-effective miniaturized solutions for both today’s 100Gbps, and future 400Gbps higher performance markets.”

The chart shows 59% during the past month in terms of shareholder gains in the name – most of it coming in the past few days. What’s more, the listing has benefitted from a jump in recent trading volume to the tune of nearly 270% beyond what we have been seeing over the larger time frame.

Now commanding a market cap of $100.3M, LWLG has a store ($2M) of reported cash on the books, which compares with virtually no total current liabilities. The company is pre-revenue at this point. This may be a very interesting story and we will look forward to updating it again soon. For continuing coverage on shares of $LWLG stock, as well as our other hot stock picks, sign up for our free newsletter today and get our next hot stock pick!