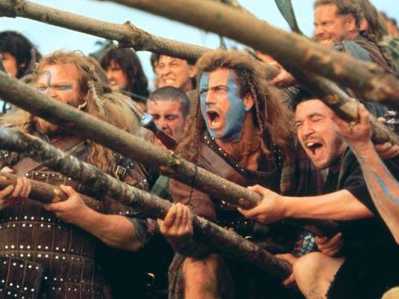 Ocwen Financial Corp (NYSE:OCN) shareholders, this week, have seen a glimmer of new hope for struggling mortgage servicing company. For much of the year, there has been a dark cloud hanging over West Palm Beach-based mortgage servicing company Ocwen Financial Corp (NYSE:OCN), which has been under pressure from a top federal regulatory authority, the Consumer Financial Protection Bureau (CFPB), for allegedly improper and illegal activities. Amidst a steady drumbeat of bad news, shares of OCN are down 46.85% for the year.

But on May 1, a new glimmer of hope emerged for Ocwen Financial Corp (NYSE:OCN), and that has speculators piling in to shares of OCN. Two major things happened that would appear to suggest better times ahead for Ocwen Financial – the company signed a huge new deal with mortgage giant New Residential that would result in a payment of more than $425 million, and the Trump administration continues to make noise about the unconstitutionality of the CFPB (the agency that’s causing all the problems for Ocwen).

The reason why the New Residential deal is important is because it would immediately shore up the balance sheet at Ocwen Financial. At the beginning of the year, OCN had submitted a plan to fix a large number of financial improprieties, especially those due to the mishandling of escrow accounts. The only issue is that Ocwen had said that it would take $1.5 billion to fix all the problems. So an infusion of $425 million would come at just the right moment.

As part of their new agreement, Ocwen Financial and New Residential are working on a way to strengthen and solidify their relationship. Under the agreement, New Residential would also make an equity investment in Ocwen and become a 4.9% owner. At the arrangement specifically calls for “upfront payments” to Ocwen of $425 million in exchange for approximately $117 billion in Mortgage Servicing Rights (MSRs). The “upfront” part here is key – it means that cash is on the way to prop up Ocwen Financial.

But the real news that could move OCN going forward is the epic legal drama playing out that involves the U.S. Justice Department, the CFPB and the attorneys general of at least 20 states. In April, the CFPB and the state attorneys general filed separate lawsuits alleging that Ocwen Financial harmed borrowers by filing illegal foreclosures, mishandling loan modifications, and misapplying customer payments.

The CFPB also questioned the foundation of the company’s business practices. Some state attorneys general are now seeking ways to stop Ocwen Financial from expanding any further in their states. On April 20, shares of OCN fell as much as 61% on all this bad news.

Subscribe below and we’ll keep you on top of what’s happening before $OCN stock makes its next move.

So you can see the massive legal imbroglio involved here. The only way Ocwen Financial can be truly saved is if the federal government steps in and dissolves the CFPB. And that seems to have emboldened Ocwen Financial – on April 26, the company launched an attack on the validity and standing of the CFPB, especially with regard to illegal foreclosure practices.

Going forward, it looks like there is going to be a lot more volatility surrounding Ocwen Financial. In the options market, for example, volatility has spiked in OCN options. And you can see why. On April 28, shares of OCN traded at $2.30. On May 1, they closed at $2.81 after trading as high as $3.319. Over the past five days, shares of OCN are up 25.11%.

So are the bad times over for Ocwen? For traders who think that Ocwen Financial might have found a way to exit from a very precarious position, it’s time to pile in and hope OCN continues to rebound. For more news on Ocwen Financial and other fast-moving penny stocks, please subscribe to OracleDispatch.com below.