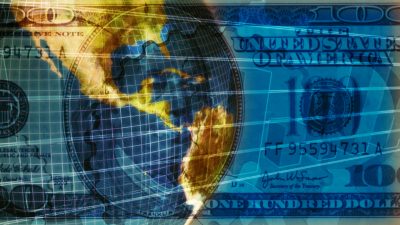 Eastgate Biotech Corp (OTCMKTS:ETBI) is a micro-cap name that has grabbed hold of the attention of traders during the stock’s recent bounce. The decline in shares had been monumental in April, but the stock managed to catch a bounce off penny support. The proximal catalyst for the bounce was the company’s announcement that it has entered into various agreements with Gunpowder Capital Corp., (CSE:GPC).

According to the release, the primary point of the relationship is to receive consultant services from GPC in a financial and regulatory advisor capacity in the going public process for listing on a Canadian stock exchange. We’ve witnessed 17% tacked on to share pricing for the stock in the past week, but this action is running counter to the larger trend in the name. However, ETBI has evidenced sudden upward volatility on many prior occasions. Moreover, the company has registered increased average transaction volume recently, with the past month seeing just shy of 1200% over what the stock has registered over the longer term.

Eastgate Biotech Corp (OTCMKTS:ETBI) bills itself as a company that produces and distributes innovative and healthy nutraceuticals that are based on natural therapies and absorbed naturally by the body.

The company notes that it utilizes state-of-the-art nanotechnologies to deliver healthy alternatives to conventional pharmaceuticals that “all-too-often create dangerous side-effects and unexpected consequences for those trying to attain and maintain healthy lives.”

According to company materials, “Our research and development scientists have more than 60 years of combined experience and are dedicated to providing the best nutraceutical products for your natural comfort, health, and well-being.”

Find out when $ETBI stock reaches critical levels. Subscribe to OracleDispatch.com Right Now by entering your Email in the box below.

As noted above, ETBI is exploring the process of listing its shares in Canada. As noted in the recent release, as compensation to GPC, it looks like ETBI is prepared to fork over 15 thousand in Canadian dollars (or about $10,900 in USD). And once the company has listed in Canada, it appears as though there is a follow-on agreement whereby ETBI will continue to retain GPC in its advisory capacity for another five grand in Canadian dollars (or about $3,642 in USD) per month, along with an issuance of 8% of the company in common shares.”

And once the company has listed in Canada, the deal gets a bit steeper, as it appears there is a follow-on agreement whereby ETBI will continue to retain GPC in its advisory capacity for another five grand in Canadian dollars (or about $3,642 in USD) per month, along with an issuance of 8% of the company in common shares.”

“GPC has also agreed to lend Eastgate Seventy-Eight Thousand Dollars (“$78,000.00”) USD at a rate of fourteen percent (14%) per annum. The loan is secured by a personal guarantee by an officer of Eastgate and is convertible at any time before maturity into common shares of Eastgate at a price of $0.05 per share. Eastgate will also issue One Million (“1,000,000”) common stock purchase warrants to GPC. The warrants shall have a life of three years, and allow for the purchase of 1,000,000 Eastgate common shares at a price of $0.05 per share.”

Prior to this step, as we have covered previously, the company’s principal catalyst was its announcement of a Purchase and Sale Agreement to acquire OMNI Surgery and Anti-Aging Centre. According to the company’s mid-March press release on the acquisition, this investment will complement EastGate’s product development initiatives, potential clinical development, bolster revenues positively and increase the company’s asset base. “The private fully-accredited multi-specialty facility will serve as a vehicle for merger and acquisition activities of new product lines and medical groups and other existing health care clinics to optimize surgical procedures to improve treatment outcomes for patients.”

From what we can glean in the action, investors dramatically lost confidence in the stock in April. We aren’t exactly sure why. However, we will point out that one look at the company’s filings shows a rush to get current. That’s interesting.

Frankly, we’ve never seen a bad thing come of a sudden rush to get current with past quarterly filings. It’s possible that the granularity of detail by showing much more information chased a key investor out of the stock. But the reason for the move to file past quarterly reports (the company filed all of 2016 in quarterly reports over a three week period into mid-March) could have future advantages, such as further M&A activity or an up-listing option.

Currently trading at a market capitalization of $5.6M, ETBI has virtually no reported cash on the books, which stands against about $1.5M in total current liabilities. One should also note that debt has been growing over recent quarters. ETBI is pulling in trailing 12-month revenues of $94K. However, the company is seeing declines on the top line on a quarterly y/y basis, with revenues falling at a dramatic rate. We will update the story again soon as further details emerge. For continuing coverage on shares of $ETBI stock, as well as our other hot stock picks, sign up for our free newsletter today and get our next hot stock pick!