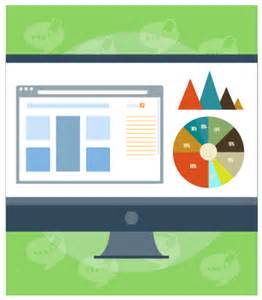 TSS Inc (OTCMKTS:TSSI) is a penny play that’s clearly begun to spur some interest among players in the marketplace as shares bounce up off recent lows. The company recently announced its quarterly and annual financial data and we see some trends worth pointing out. It’s possible that there are forces at play in this stock that extend beyond basic technical and fundamental analysis, but we want to keep it simple here and just look at the data.

The company just announced its fiscal fourth quarter data. Revs came in at $7.3 million in the quarter. This compares to $10.1 million in the fourth quarter of 2015 and $5.4 million in the third quarter of 2016. According to TSSI, the decrease compared to the previous year was “due to the fact that we had a large data center upgrade project in process in 2015 which included $3.5 million of equipment sales.” With that taken into account, this was another strong y/y top line growth number.

TSS Inc (OTCMKTS:TSSI) is a publicly traded provider of comprehensive services for the planning, design, development and maintenance of mission-critical facilities and information infrastructure as well as integration services.

They specialize in technology consulting, design and engineering, construction management, systems integration, system installations and facilities management. The business is concentrated on the data center infrastructure and services market.

According to the company, this market is becoming increasingly competitive as commerce moves to cloud-based solutions and as data storage requirements continue to escalate exponentially driven by video, mobility and big data requirements for many industries.

The company has its headquarters in Round Rock, Texas, with offices in Dulles, Virginia, and Los Alto, California.

According to execs at TSSI, “We compete against in large growing market segments often against many larger competitors who have greater resources. than we do, which may affect our competitiveness in the market. However, we have been successful with relying on several large customers in winning contracts and to provide providing business to us under Master Service Agreements, and the loss of such customers could have a negative effect on our results. We have recently added to our direct sales force to help diversify our customer base to reduce this risk and drive revenue growth.”

Subscribe below and we’ll keep you on top of what’s happening before $TSSI stock makes its next move.

TSSI also announced a decline in selling general and administrative costs by $1.5 million or 16% to $8.1 million compared to $9.7 million in 2015, “in part due to our ongoing cost control activities and the sale of a portion of our facilities business based in Maryland.”

That defines a strong set of trends right now in place for the company. That’s why the stock has been knocking the cover off the ball so far this year (up nearly 300% year-to-date). Investors have been waiting a long time to see this story turn around. Now, there is an argument available that suggests just that.

We’ve witnessed 53% piled on for shareholders of the name during the trailing month. The situation may be worth watching. TSSI has evidenced sudden upward volatility on many prior occasions. What’s more, the company has benefitted from a jump in recent trading volume to the tune of topping 240% beyond what we have been seeing over the larger time frame.

This should not be overlooked with the stock trading on a float that is tight at just 10.9M shares. As savvy traders are well aware, a restricted trading float and a jump in trading volume can crimp supply and push share prices higher.

Currently trading at a market capitalization of $5.1M, TSSI has a reported store ($2.2M) of cash on the books, which must be weighed relative to about $983K in total current liabilities. TSSI is pulling in trailing 12-month revenues of $27.4M. However, the company is seeing declines on the top line on a quarterly y/y basis, with revenues falling at -28%. We will update the story again soon as developments transpire. For continuing coverage on shares of $TSSI stock, as well as our other hot stock picks, sign up for our free newsletter today and get our next hot stock pick!