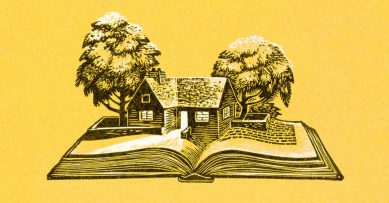 MyDx Inc (OTCMKTS:MYDX) is a micro-cap stock that has started to lose its luster in recent trade despite some dramatic recent press releases. Most importantly, the company recent announced a new product offering that may really be a company-defining shift in focus. A few days ago, the company announced a new service offering that it calls “MyDx360”, which defines as “a Software As A Service (SAAS)-based community engagement platform designed to help entrepreneurs develop, launch and track the effects of newly formulated concentrate [sic] products on consumers to help penetrate their target markets more effectively.”

If nothing else, the product outline serves to clarify the technology that the company actually has, which is likely why the stock is falling of late. Specifically, the allure of MYDX stock prior to this announcement was likely the idea that it had some special technology capable of analyzing a nugget of pot from a handheld device, and delivering a real-time breakdown of component levels of THC and CBD, as well as what it would make you feel like, based solely on local and isolated measurement inputs from the device’s sensors. In fact, the new product might just suggest a different story. But we will get to that in a moment. First, let’s take a broad snapshot of the company.

According to company materials, “MyDx, Inc. (OTCQB:MYDX) is a chemical detection and sensor technology company based in San Diego, California whose mission is to help people Trust & Verify® what they put into their minds and bodies. The Company developed MyDx®, a patented, affordable portable analyzer that provides real-time chemical analysis and fits in the palm of the user’s hand. The multi-use MyDx analyzer leverages over a decade of established chemical detection technology to measure chemicals of interest. The Company owns a substantial and growing intellectual property portfolio of patents covering its technology. The MyDx AquaDx®, OrganaDx™ and CannaDx™ sensors are now commercialized, and the AeroDx® application is next in line. All sensors will be compatible with a MyDx App that empowers consumers to live a healthier life by revealing the chemical composition of what they eat, drink and inhale.”

Subscribe below and we’ll keep you on top of what’s happening before MYDX stock makes its next move.

As noted above, while we actually think the new product offering might be a great idea over the long term, the stock is suffering in response because, we believe, the new product may offer a view of the company that stands to demystify speculation about the company’s underlying technology.

We are starting to take the view that this is a social network company more than a device technology company. The core asset might actually not be some amazing handheld analyzer. It might be a database. The key for growth over time, from that perspective, would be the build-out of that database. If it gets large enough, then the overall reality would end up being the same as if it had some amazing analysis device.

It appears to us as though this may suddenly be a more interesting play than it seemed a month ago because this is a more realistic path to actual eventual sticky growth.

However, from this view, for those in MYDX stock because they believed it had discovered a way to remotely analyze a piece of cannabis – and deliver a real-time body of information derived from nothing more than sensory inputs taken as measurements of that piece of cannabis, this will feel like a disappointment. But, the power of a network of crowd-sourced information can actually be greater than localized and isolated data inputs so long as the network becomes a robust data set.

Now commanding a market cap of $15.1M, MYDX has virtually no cash on the books, which must be weighed relative to about $357K in total current liabilities. MYDX is pulling in trailing 12-month revenues of $808K. In addition, the company is seeing major top line growth, with y/y quarterly revenues growing at 42.1%. We will update the story again soon as developments transpire. For continuing coverage on shares of MYDX stock, as well as our other hot stock picks, sign up for our free newsletter today and get our next hot stock pick!