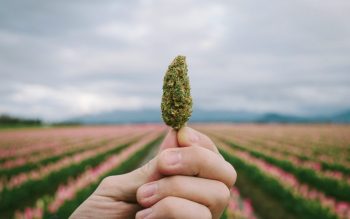 TELUS Corporation (TU) shares are trading at lower $17.79 and the avg recommendation for the stock is Moderate Buy. To add more color to...
Read more
Sector News

Just Energy Group Inc. (NYSE:JE) on the Path to Ruin

Just Energy Group Inc. (JE) shares are trading at lower $5.22 and the avg recommendation for the stock is Strong Buy, while the current...
Read more
Sector News

Illumina Inc. (ILMN) shares are trading at higher $321.74 and the avg recommendation for the stock is Moderate Buy, while the current analyst price...
Read more
Sector News

NexTier Oilfield Solutions Inc. (NEX) shares are trading at higher $1.92 and the avg recommendation for the stock is Moderate Buy. To add more...
Read more

On October 26th one week before Donald Trump was elected President Axim Biotechnologies Inc (OTCMKTS:AXIM) had a valuation of approximately $44 million. Investors started to buy shares in the Cannabis sector – sweeping the company share price up through the $1.00 price ceiling it had not penetrated. AXIM was new to investors having traded only since September 2016. So passing through this $1.00 level for the first time was/is something special for any small stock.

I do not think the company had any idea what the next few quarters would bring and how the value of this $44m glaucoma stock would sky rocket to a $581 Million dollar value in 180 days. This near 10x jump happens so infrequently in market cycles that unless you own the shares you do not realized the magnitude of the events, and election surprises and new industry dollar shifts happen like this once every decade or so – so this is a truly significant event in asset allocation.  It is also rare that the public investor participates on an equal scale to institutional and accredited investors.  These are rare events which we will look back on them (The Cannabis Sector Explosion in November 2016) and realize what a Seminole event it really was.

Not enough first time investors know that the global market for glaucoma and dry eye treatments could surpass $10 billion over the coming years. Since the 1970s, researchers have noticed that cannabinoids could play a vital role in treating these conditions. The application of cannabinoids to the treatment of these conditions could unlock significant long-term potential for both patients and companies bringing these innovative new drugs to market.

Axim Biotechnologies Inc (OTCMKTS:AXIM) hopes to harness the power of cannabinoids to treat glaucoma and dry eye through its AX-1603 and AX-1606 clinical programs. Recently, the company retained Ora Inc., a global contract research organization (“CRO”), to perform the company’s upcoming product development and clinical trials in these areas. As a leading ophthalmology CRO, Ora has extensive experiencing advancing products from preclinical to post-marketing phases.

Subscribe below and we’ll keep you on top of what’s happening before $AXIM stock makes its next move.

Ora will run the clinical programs under the supervision of Prof. Robert Ritch, Surgeon Director Emeritus and Chief of Glaucoma Services at New York Eye and Ear Infirmary of Mount Sinai School of Medicine in New York (NYEE). Prof. Ritch is a world-renowned expert in ophthalmology and glaucoma in particular, and has joined AXIM’s Advisory Board in December 2016.

“It is exciting to see AXIM start on pre-clinical efforts alongside esteemed ophthalmology professionals to develop a cannabinoid based eye drop medication that may assist glaucoma sufferers,” said Dr. Stuart Titus, CEO of Medical Marijuana, Inc. “This partnership between AXIM and Ora is another new exciting milestone for AXIM’s clinical development program, as it continues to move forward finding cannabinoid-based solutions for conditions for which there is no effective treatment.”

“Over three million Americans have glaucoma, which is the second leading cause of blindness in the world, according to the World Health Organization,” Dr. Titus continued. “We anticipate this partnership to enhance AXIM’s glaucoma and xerophtalmia (dry eye) products development, ultimately improving the well-being of patients across the globe who suffer with these conditions. At this time, it is anticipated that initial development and early stage trials will be performed in Europe but Ora, Inc. will be pushing to receive DEA approval for U.S. trials once the clinical development leads to human trials.”

“Despite new product approvals, glaucoma and dry eye remain ophthalmic diseases with significant unmet medical needs. Approximately 40% of glaucoma patients require more than one IOP-lowering medication. We hope that the development of new treatments with novel mechanisms of action will in turn reduce the risk of progression of visual field loss,” said David A. Hollander, MD, MBA, Chief Medical Officer of Ora. “Dry eye is one of the leading reasons for patient visits to eye care specialists.  Novel therapies that address the signs and symptoms of dry eye disease will be welcomed by both dry eye sufferers and physicians.”

Glaucoma is a complicated disease in which increased intraocular pressure leads to damage of the optic nerve, causing progressive, irreversible vision loss. Glaucoma is the second leading cause of blindness in the world, according to the World Health Organization. It is estimated that over three million Americans suffer from glaucoma. Glaucoma is not yet curable, and vision lost cannot be regained. With medication and/or surgery, it is possible to halt further loss of vision in some patients. Global spending on glaucoma management in 2016 was $6 Billion.

So when investors look back at this stock a few years from now, they will ask themselves why they did not buy a few shares of this stock. They will recall how connected Cannabis was to glaucoma, it had been a cure for many on the black market for so many years, and they just did not connect the dots.

Now investors are taking notice about cures for illnesses that were cured synthetically- and all along there were natural cures like the ones Dr. Stuart Titus is working on now. We are following all cures which previously were solved using other methods where cannabis is now part of the solution, make sure you tune back here to find these new influential stocks on various exchanges around the globe. For more news on $AXIM and other fast-moving penny stocks, please subscribe to OracleDispatch.com below.