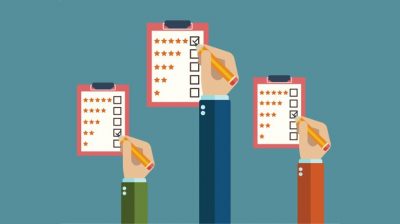 CANOPY GROWTH CORP COM NPV (OTCMKTS:TWMJF) is a major Canadian medical marijuana producer. We cooled on this stock in March, but not because we were necessarily fundamentally concerned about the story, but because we saw the stock has likely heavy with too much momentum money into a period where the commodity market underlying the company’s numbers was going through a strong correction, and this company had some disadvantages relative to its peers, as we cover below.

In this case, the stock had been ripped higher from about $3/share to nearly $15/share on an intraday basis. And yet, the company, since that move, had not clearly diversified its end market beyond really just the MMJ primary producer role in Canada. With the announcement of full-scale legalization of pot coming in Canada, the stock found a bit of an additional boost. But that really amounted to a profit taking opportunity. At this point, one must ask whether or not this is the new entry opportunity. We give our thoughts below.

CANOPY GROWTH CORP COM NPV (OTCMKTS:TWMJF) is one of the bigger growers. The company produces and sells medical marijuana in Canada. It offers dry cannabis and oil products primarily under the Tweed and Bedrocan brands. It also sells its products through online.

Subscribe below and we’ll keep you on top of what’s happening before $TWMJF stock makes its next move.

As noted above, we have been rather cool on this stock since March. But we are now starting to warm to it again. Importantly, the balance sheet here is like a fortress, with a huge stockpile of cash against almost no debt. At the same time, revenues are growing at nearly 200%.

However, we would raise one other concern that may be part of why TWMJF has been such a laggard among its peers, such as APHRIA INC COM NPV (OTCMKTS:APHQF), AURORA CANNABIS IN COM NPV(OTCMKTS:ACBFF), and ORGANIGRAM HLDGS I COM NPV (OTCMKTS:OGRMF): it is the only one in that group to still have pink sheet status on the OTC market. The rest are all above that level, and carry full financial information available to US investors on the US OTC exchange. In addition, the company’s financials are still listed as “unaudited”.

While we assume the company’s numbers as stated are for real, there is always a confidence game in markets, especially during a correction. And, right now, the big pot producers are clearly correcting, which is going to be tougher for the one that lists as a Pink Sheet name and posts unaudited numbers. Plain and simple.

Currently trading at a market capitalization of $996M, TWMJF, according to its statements as provided to the markets in unaudited form, has a significant war chest ($92.8M) of last reported cash on the books, which must be weighed relative to about $1.1M in total current liabilities. TWMJF is pulling in trailing 12-month revenues of $30.3M. In addition, the company is seeing major top line growth, with y/y quarterly revenues growing at 180.1%. This may be a very interesting story and we will look forward to updating it again soon. For continuing coverage on shares of $TWMJF stock, as well as our other hot stock picks, sign up for our free newsletter today and get our next hot stock pick!