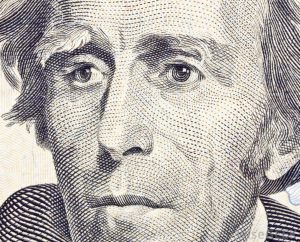 Vitality Biopharma Inc (OTCMKTS:VBIO) is a micro-cap stock that’s been seeing continued volatility in recent action. The stock was a massive outperformer back in December of last year when we saw it close the year with a powerful 150% launch. That was followed by a corrective and consolidative period back in late March that culminated with a violent test of the $1.50/share level. Since then, we have seen continued constructive behavior on the chart, albeit with no real reduction in daily volatility.

The primary catalyst in recent days is the company’s announcement of the appointments of Dr. Douglas A. Drossman and Dr. Mark Gerich as clinical advisors with expertise in gastroenterology and treatment of digestive disorders. The company has been aiming for the Inflammatory Bowel Disorder (IBD) market in its operational leanings in recent quarters. Hence, adding key advisors with strong credentials in that niche is a natural catalyst. In fact, we would not overlook the importance of this move, and might argue that the market has potentially done just that, as we suggest below. But first, let’s take a broad view of the company for those still unfamiliar with this name.

Its products in the pipeline include Cannabosides – VITA-100 for gastrointestinal disorders, including inflammatory bowel disease and irritable bowel syndrome; Cannabosides – VITA-210 for muscle spasticity in multiple sclerosis and rare white matter disorders; and Cannabosides for epilepsy, schizophrenia, substance abuse, and Huntington’s disease.

According to company press materials, “Vitality Biopharma is dedicated to unlocking the power of cannabinoids for the treatment of serious neurological and inflammatory disorders.”

Find out when $VBIO stock reaches critical levels. Subscribe to OracleDispatch.com Right Now by entering your Email in the box below.

As noted above, the company recently beefed up its advisory board. In the biotech space, advisors are often critical difference-makers, especially when they are leaders in the field and the company is aiming for a niche focused on a congruent specialization. This may be such a case. Just scope out the specs:

“Douglas A. Drossman, M.D., is a founder and now President of the Rome Foundation, an independent nonprofit research organization dedicated to improving the lives of people with functional GI disorders. Dr. Drossman is an Emeritus Professor of Medicine and Psychiatry at the University of North Carolina (UNC) School of Medicine. He is a recognized expert in the diagnosis and treatment of narcotic bowel syndrome, a severe form of opiate-induced abdominal pain, having authored seminal publications describing this condition. Dr. Drossman established a program of research in functional GI disorders at UNC more than 25 years ago and has published more than 500 books, scientific articles, and abstracts. He received his MD from Albert Einstein College of Medicine in 1970 and completed medical residencies at the University of North Carolina School of Medicine and the New York University-Bellevue Medical Center.”

Traders will note 20% piled on for shareholders of the company during the trailing month. Market participants may want to pay attention to this stock. VBIO is a stock who’s past is littered with sudden rips. What’s more, the company has witnessed a pop in interest, as transaction volume levels have recently pushed a bit over 120% beyond what we have been seeing over the larger time frame.

It pays to take note of this fact with the stock trading on a float that is tiny at just 18M shares. This type of thing is something to watch out for: a restricted trading float and a jump in trading volume can crimp supply and push share prices higher.

Currently trading at a market capitalization of $49.6M, VBIO has a stash ($154K) of cash on the books, which is balanced by about $876k in total current liabilities. VBIO is pulling in trailing 12-month revenues of $186K. However, the company is seeing declines on the top line on a quarterly y/y basis, with revenues falling at -50.9%. As more color becomes clear on the name, we will review the situation and update our take. For continuing coverage on shares of $VBIO stock, as well as our other hot stock picks, sign up for our free newsletter today and get our next hot stock pick!