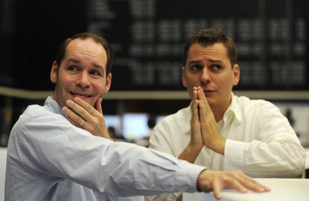 Palatin Technologies, Inc. (NYSEMKT:PTN) shares have been in sell mode since November 2016 – falling from a spike in prices at .83 cents to .30 cents last month. This decline is likely due to selling from investors who lent the company money. This is always a disadvantage to (common) share holders who do not have warrant coverage and normally these are only provided to the lenders who get this sweetened deal.

The warrant coverage gives them a lower base price, and as a portfolio manager when you view a static average share price for the overall position in a stock you factor this in.

It looks like the bankers in this deal had an average price of .40 cents per share. If you look at the chart below it shows that some of the selling may be near the end. The key question for shareholders is what average price, (including warrant coverage) for any additional operating capital, did the company lend money and what is that average price.

I like what Palatin Technologies, Inc. (NYSEMKT:PTN) does as a biopharmaceutical company, treating methods of female sexual dysfunction and hypoactive sexual desire disorder (HSDD). The company is known for developing targeted, receptor-specific peptide therapeutics for the treatment of diseases with significant unmet medical need and commercial potential. They announced recently that the United States Patent and Trademark Office (USPTO) issued a Notice of Allowance for U.S. Patent Application Serial Number 14/704,223. The allowed claims are for methods of treating female sexual dysfunction and hypoactive sexual desire disorder (HSDD) with bremelanotide, an investigational product designed for on-demand treatment of HSDD in premenopausal women. Once issued, the patent will have a term to November 2033.

HSDD, the most common type of female sexual dysfunction, affects approximately 15 million women in the U.S. and is characterized by low sexual desire that causes marked distress or relationship anxiety. Approximately 5.8 million pre-menopausal women have a primary diagnosis of HSDD. Patient awareness and understanding of the condition remain extremely low, and few women currently seek treatment.

Recent market research indicates that 95 percent of pre-menopausal women suffering from HSDD are unaware that it is a treatable medical condition. Furthermore, the majority of these women indicated a willingness to try a product like bremelanotide, if recommended by their doctor.

Stephen T. Wills, Chief Operating Officer and Chief Financial Officer of Palatin, commented, “We are pleased to have received a notice of allowance from the USPTO, which signifies that a patent can be granted from an application. We believe that this patent, with a term out to 2033, further strengthens the intellectual property portfolio for the bremelanotide development program.”

Subscribe below and we’ll keep you on top of what’s happening before $PTN stock makes its next move.

The two Phase 3 studies for HSDD in pre-menopausal women consisted of double-blind placebo-controlled, randomized parallel group studies comparing a single use, subcutaneous dose of 1.75 mg of bremelanotide versus placebo, in each case, delivered via an auto-injector. Each trial consisted of more than 600 patients randomized in a 1:1 ratio to either the treatment arm or placebo with a 24 week evaluation period. In both clinical trials, bremelanotide met the pre-specified co-primary efficacy endpoints of median improvement in desire and decrease in distress associated with low sexual desire as measured using validated patient-reported outcome instruments.

Women in the trials had the option, after completion of the trial, to continue in an ongoing open-label safety extension study for an additional 52 weeks. Nearly 80% of patients who completed the randomized portion of the study elected to remain in the open-label portion of the study, and all of these patients will continue to receive bremelanotide. In both Phase 2 and Phase 3 clinical trials, the most frequent adverse events were nausea, flushing, and headache, which were generally mild-to-moderate in severity. Bremelanotide has no known alcohol interactions.

Palatin Technologies, Inc. (NYSEMKT:PTN) is a noble product which markets love, the issue for this company will be keeping common shareholders happy while they borrow money to find solutions to this potentially profitable business line.

Securing patents and relationships are steps in the right direction and build confidence this may finally be reflected in share prices with the recent turn, we think the key factor will be closes above this average price of .40 cents. Once you have closes above this price you know that the sellers are done and the lending price the company secured (including warrants) for the second round of lenders is higher. We will see if they were smart enough to do this for their common shareholders. For continuing coverage on shares of PTN stock, as well as our other hot stock picks, sign up for our free newsletter today and get our next hot stock pick!