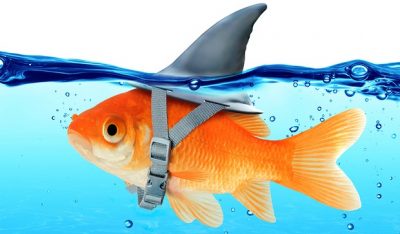 One year ago Las Vegas based Everi Holdings Inc (NYSE:EVRI) was trading $1.20 down 25% for the year (2016) and reeling from a 5 year decline which began in 2013. This is actually the first time gaming shares have traded above the decline from 2008. EVRI shares were down this time last yea, and few had hope this gamer would turn. But an election, a ripening economy and some deft internal moves see’s share now trading at $7.00 moving more than 400% higher in a fiscal year and return shareholders a 233% valuation increase so far in 2017.

This is one of the larger under the radar stories of the year, and it is all about slot machines and payment systems and the services that feed the casino gaming and online participation for gambling crazy consumers who want some action. Have a look at the charts below and lets look at what the company does.

Everi Holdings Inc (NYSE:EVRI) are in the gaming business and provide systems for Native American and commercial casinos and the central system for the video lottery terminals installed at racetracks in the State of New York. The company’s payments business provides ATM services, kiosks that provide cash access and related services, and compliance for online payment processing for gaming operators in states that offer Internet-based gaming and lottery activities. They have a really nice footprint.

Let us look at an upcoming event which kicked off recently called the 2017 TournEvent of Champions® which returns for its sixth consecutive year of slot tournament excitement with (6) six months of thrilling action for thousands of slot players in the search for North America’s best slot tournament player. Holy shit…the slot player of the year!! What a cool title.

“The entire team at Everi can’t wait to bring the excitement of TournEvent® and the TournEvent of Champions to our partner casinos in the U.S. and Canada as we build on what has truly become North America’s premier slot tournament,” said Linda Trinh, Vice President, Marketing & Promotions at Everi. “Our imitated but never duplicated event continues to grow and we believe that this year’s campaign will be the best ever. We are excited to work with the incredible slot and marketing teams at Muckleshoot Casino as we kick off six months of excitement and fun.”

The 2017 TournEvent of Champions will feature three tour buses visiting nearly 100 casinos across the United States and Canada, bringing The Money Man to each participating casino where players will have the chance to be one of the 153 players in the final. Each winning casino representative will receive $800 in airfare to Las Vegas for themselves and a guest, ground transfers in Las Vegas, four nights of hotel accommodations, credits for food and beverage purchases and, most importantly, a seat at the championship event.

Find out when $EVRI stock reaches critical levels. Subscribe to OracleDispatch.com Right Now by entering your Email in the box below.

The Million Dollar Event championship will take place on October 4, 2017, at XS in the Wynn/Encore Las Vegas Resort where all local event winners will compete for a share of $1.3 million in cash prizes, including a $1 million* top prize.

Everi Holdings Inc. (NYSEMKTS:EVRI) is dedicated to providing video and mechanical reel gaming content and technology solutions, integrated gaming payments solutions and compliance and efficiency software, and from the looks of it, they are doing a great job at this.  Now the question becomes what needs to happen in shares from a price perspective because they have had a huge move.  The real confirmation will be after multiple closes above $10.00. This will be a trick based on current funding needs.

But I think this stock is a reflection of the economy and the expanded gaming revenue as entertainment. I don’t think this is going away. The issue becomes margins and growth for ECRI – but one thing I can say – based on what they did in the last 10 years, I would not be betting against them. For continuing coverage on shares of $EVRI stock, as well as our other hot stock picks, sign up for our free newsletter today and get our next hot stock pick!