A Fresh Look at the Numbers for Terra Tech Corp (OTCMKTS:TRTC) 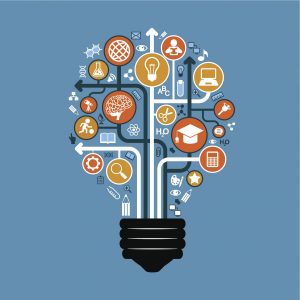 Hexcel Corporation (HXL) shares are trading at lower $34.10 and the avg recommendation for the stock is Hold, while the current analyst price target...
Read more
Sector News

Equitrans Midstream Corporation (NYSE:ETRN) on the Path to Profitability

Equitrans Midstream Corporation (ETRN) shares are trading at higher $8.27 and the avg recommendation for the stock is Moderate Buy, while the current analyst...
Read more
Sector News

Callon Petroleum Company (CPE) shares are trading at higher $4.73 and the avg recommendation for the stock is Hold. To add more color to...
Read more
Sector News

China Pharma Holdings Inc. (CPHI) shares are trading at higher $0.46 and the avg recommendation for the stock is Moderate Buy. To add more...
Read more

Terra Tech Corp (OTCMKTS:TRTC) just reported its Q1 results, which presents us with a perfect opportunity to update our take on this long-term marijuana lottery pick in lots of portfolios. A couple months ago, we noted the huge importance of the $0.22-0.23 area for this stock, suggesting that it had to hold that zone. Well, as you can plainly see, support broke violently in April and has not been recovered. Hence, whatever else we discuss in today’s analysis, one must digest it in the context of that weak action.

Turning to the quarter, TRTC is expanding into the Nevada market which is having a temporary impact on the bottom line, but the 340% revenue growth is encouraging. Also the ability to get licenses in Nevada by July 1 has management notably excited about its 2H17 growth prospects. As usual, the story is still told on the top line: “Total first quarter revenues were $6.8 million, representing a 340% increase over the prior year period and we are on track to meet our revenue guidance of $38 – $40 million for 2017.”

Subscribe below and we’ll keep you on top of what’s happening before $TRTC stock makes its next move.

Management is focusing a lot on the Nevada segment as the driver of future results.

“This quarter saw the opening of our fourth Nevada-based Blüm dispensary, located in Reno. This location benefits from limited local competition and we are pleased to record excellent initial sales from Blüm, Reno, which was our best-performing dispensary in the quarter. We consider Nevada to be a major growth opportunity for the Company and are proud to have established a strong presence in the State of Nevada, across both Reno and Las Vegas. This week, the Nevada Tax Commission adopted temporary regulations to allow the state to issue recreational marijuana licenses as early as July 1, which should pave the wave for Terra Tech to break into the recreational market in the second half of 2017. This is a source of great excitement for us.”

As far as the bottom line, the company notes that gross profits have been negatively impacted by spending on the company’s growth initiatives. Gross profits for the three months ended March 31, 2017 were approximately $359,000, an increase of approximately $225,000 compared with the prior year period. Gross margin for the first quarter of 2017 amounted to approximately 5%, compared to a gross margin of approximately 9% for the first quarter of 2016. Margins were impacted by increased spending on the development of new forms of extracted cannabis products and the refinement of Terra Tech’s propriety recipe of extraction.

However, we would note that this can be framed as investment in future growth, and the balance sheet is in great shape.