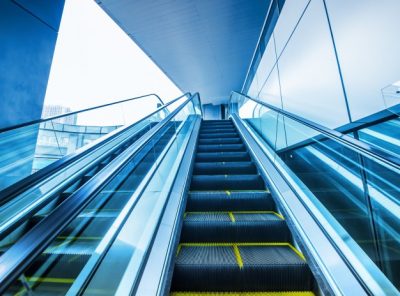 Adeptus Health Inc (OTCMKTS:ADPTQ) shareholders are hoping for a major turnaround on this troubled healthcare company. Ever since Texas-based Adeptus Health Inc. (OTCMKTS: ADPTQ) officially filed for Chapter 11 bankruptcy protection on April 19, shareholders and debt holders have been fighting over the true value of the company. Right now, the markets are saying that the shareholders are close to being almost completely wiped out, and so activist shareholders are fighting back. In the middle of all this sits an $8 billion New York City hedge fund, Deerfield Management, which many suspect of trying to buy up the company on the cheap.

Which bring us to where we are today – investors are trying to figure out the true value of Adeptus Health, which continues to operate even amidst all the turbulent bankruptcy proceedings. Shares of ADPTQ currently trade at $0.910, giving the company a total market capitalization of $17.72 million.

But the company’s fall from grace has been truly epic. Over the past one-year period, shares of Adeptus Health Inc (OTCMKTS:ADPTQ) are down 98.64%. On a YTD basis, shares are down 88.74%. And over the most recent 5-day period, shares are down 39.01%. To say that the stock is in freefall would be an understatement. And it’s quite possible that shares have further to fall, given that the 52-week low for the stock is $0.21. That would represent a more than 75% decline from the current price.

Subscribe below and we’ll keep you on top of what’s happening before $ADPTQ stock makes its next move. 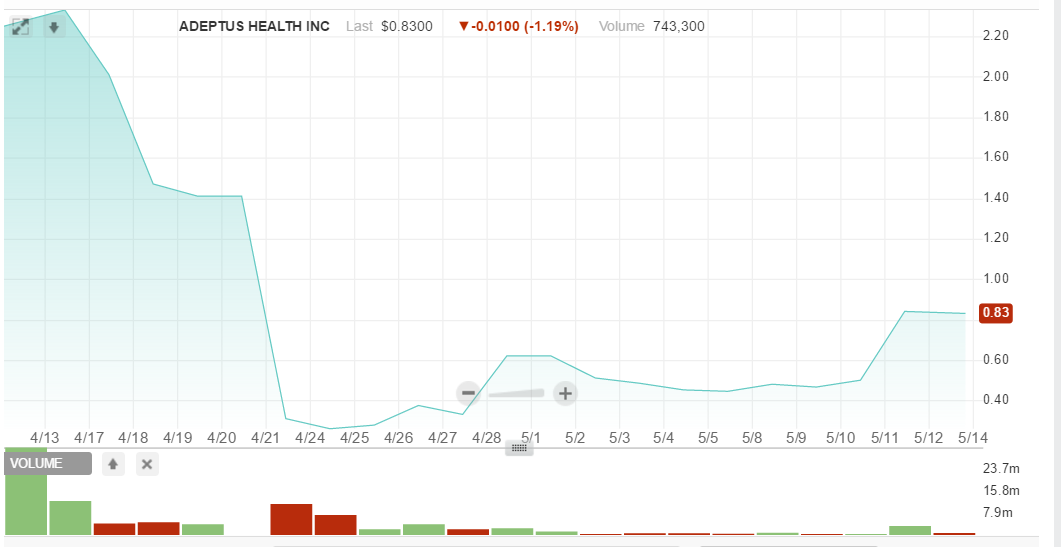 It’s no wonder, then, that activist shareholders are banding together and questioning the intentions of New York City-based Deerfield Management, which is now the key player in sorting out the future prospects for ADPTQ. As part of the Chapter 11 bankruptcy restructuring process, Deerfield has agreed to take on $212.7 million in loans from Adeptus Health. That would obviously go a long way in helping to clean up the company’s balance sheet and de-leverage the company. Moreover, Deerfield Management has agreed to provide $45 million in debtor-in-possession financing to keep ADPTQ afloat until the final bankruptcy plans are approved by the courts.

On April 27, though, a group of shareholders claimed that Deerfield may be planning to acquire the company on the cheap, and may be intentionally understating the value of Adeptus Health assets. The fear, of course, is that shareholders and unsecured debt holders would get almost nothing in any restructuring, while Deerfield Health would walk away owning a company that’s worth significantly more than the $19 million in current market capitalization.

But how much more is Adeptus really worth? According to some estimates, just the cash currently on the books values the company at $0.37 per share. In other words, even if the company was completely liquidated, and the value of all the assets turned out to be a big zero, the company would still be worth $0.37 per share. That’s why the current share price of less than $1 is so alarming – it appears to be a sharp discount to the true value of the company.

Keep in mind – this is a company with tangible assets. Adeptus Health is a Texas-based healthcare company that provides emergency medical care through a network of approximately 80 independent, freestanding emergency rooms in the U.S. Moreover, the company owns two licensed general hospitals. These assets are based primarily in three areas: Texas (Dallas/Fort Worth, Houston, Austin, San Antonio), Colorado (Denver and Colorado Springs) and Arizona (Phoenix). And each of these facilities is about 6,000-7,000 square feet. Essentially, they are typical hospital emergency rooms, but without the hospital. They have about 6-9 exam rooms each, as well as medical test equipment.

And that’s where things get interesting, because there’s no way all of those assets are worth close to zero, as the big New York City hedge fund appears to be suggesting. Back in 4Q 2015, Adeptus Health had a book value per share of $15.86 based on those assets. If the company had ceased operating, or had been forced to shut down some of those facilities, of course, it would be a different story. But Adeptus Health is still operational, as are its emergency rooms.

That’s why there’s been talk of a “possible turnaround play” at the company. The best-case scenario is to streamline operations, restructure the debt and maybe bring in new management. The hope is that Adeptus Health can soon regain its listing on the NYSE (as well as its old trading symbol, ADPT). That would go a long way toward regaining credibility with investors.

Of course, buying into ADPTQ now entails a high degree of risk. But high risk means can result in high reward. This looks like a beaten-down healthcare stock that makes for a great turnaround play. Just over two months ago, on March 1, shares were trading at $6.55. With the bankruptcy filing on April 19, shares have cratered below the $1 mark. If you believe in the company’s ability to turn itself around and regain its place on the NYSE, now might be an opportune time to get in on ADPTQ. For more news on Adeptus Health and other fast-moving penny stocks, please subscribe to OracleDispatch.com below.