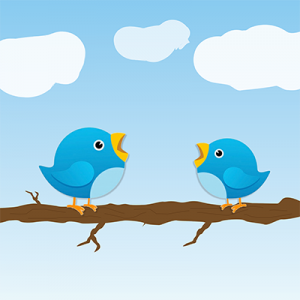 AURORA CANNABIS IN COM NPV (OTCMKTS:ACBFF) has been range trading most of the year, if you take out the 2 week spike that occurred in April. Essentially ACBFF stock has been between $1.80 and $2.20 where most of the shares have traded hands. The 2 week window was an outlier for the most part, (in April) and volume in the stock is fairly liquid, having multiple trading days above 1 million.

But the recent low volume decline parallels what many other stocks in the sector are doing right now as investor price points (entry) are falling below where they got in. We are seeing this in many stocks in the sector. A look at the ACBFF stock chart below shows the spike and this sideways trading range.

From a fundamental standpoint we need to look at what AURORA CANNABIS IN COM NPV (OTCMKTS:ACBFF) is doing, and much of the noise comes from the completed acquisition of Peloton Pharmaceuticals Inc., a Montreal -area late-stage ACMPR-applicant. Peloton is completing construction of a state-of-the-art 40,000 square foot cannabis production facility in the City of Pointe-Claire, Québec, which received a “ready to build” letter from Health Canada in 2014. At full capacity, the facility is expected to be capable of producing up to 3,900 kg of high quality cannabis per year.

Aurora management believes the Peloton facility is approximately 80% complete, and can be ready for Health Canada’s pre-licensing inspection by the second half of 2017. This seemed to draw interest from investors as it will likely lead to solidifying revenue for Aurora.

Find out when ACBFF stock reaches critical levels. Subscribe to OracleDispatch.com Right Now by entering your Email in the box below.

Pursuant to the terms of the Proposal, which was accepted by the requisite majorities of creditors,approved by the Quebec Superior Court of Justice, and supported by management of Peloton, Aurora has funded a total investment pool of up to an aggregate of $7,000,000 , subject to post-closing adjustments, comprised of cash and common shares of Aurora for distribution to creditors.

“The Peloton acquisition is another major strategic advance for Aurora, expected to provide us in the near term with additional high quality, low-cost production capacity, as well as an important presence in Montreal , with the capability to serve Québec and the Atlantic Provinces, and to further expand our industry-leading e-commerce strategy,” said Terry Booth , CEO. “In addition, the cost of this acquisition – a fraction of the market valuation of current publicly traded licensed producers – it represents an excellent value for Aurora and our shareholders.”

“The Aurora Standard is about more than just growing the highest quality cannabis,” said Neil Belot , Chief Global Business Development Officer at Aurora. “It also stands for our commitment to providing superior service and care to our patients. The Peloton facility, and its presence in Québec, will further enhance our ability to serve our clients in Eastern and Atlantic Canada .”

Aurora Cannabis Inc. (OTCMKTS:ACBFF) is a widely held cannabis stock in the sector with one of the higher valuations, and the cannabis industry has been on a roll since the US Election where investors bought nearly every publicly traded cannabis company on the map. Over the long haul these larger market caps will have less volatility than other stocks in the sector. In fact many other stocks in the sector have 100% moves on a regular basis which is indicative of an early misunderstanding of sector valuations.

Markets will settle in and clear winners and losers will emerge as the industry matures and waits for the federal legislation looming on the horizon. The horses are out of the barn for cannabis, now it is about when – not if – cannabis is legalized on a federal level. For continuing coverage on shares of ACBFF stock, as well as our other hot stock picks, sign up for our free newsletter today and get our next hot stock pick!