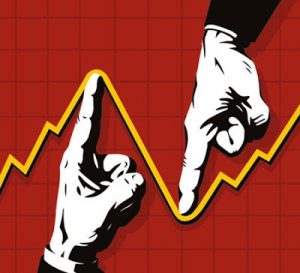 Axim Biotechnologies Inc (OTCMKTS:AXIM) has been a moon shot since the presidential election rallying from .40 cents to $19.00. These unprecedented moves happening in the cannabis sector come with extreme volatility. Stocks never go straight up, and AXIM shares have had the expected pullback, with a recent retest of the $8.00 level yesterday.

Look below and you can see the huge rally followed by the pullback to these support levels here above $6 per share. Many of these sector stocks hold the promise of federal legalization as investors hold on through volatility.

Axim Biotechnologies Inc (OTCMKTS:AXIM) has been making changes and adding depth as a purported world leader in cannabinoid research and development. Recently they announced that information on the company’s Bioavailability Study on Dronabinol in a controlled-release, functional chewing gum form is now available on National Institutes of Health website.

Officially titled “A Two Part, Open Label, Randomized, Four Period Cross-over Study to Compare the Bioavailability of Two Different Dronabinol Formulations in Healthy Male and Female Volunteers”, this clinical study will pave the scientific foundation for AXIM and its controlled-substance API partner to co-develop a dronabinol-based functional, controlled-release chewing gum product. The new dronabinol chewing gum product will be bioequivalent to Marinol®, and will be used to help treat patients with chemotherapy induced nausea and vomiting and AIDS patients experiencing appetite and weight loss.

The clinical study is currently in preparation phase and is estimated to enroll 50 healthy, non-smoking male and female, aged between 18 and 55 year of age.

AXIM also announced the addition to its advisory board of Dr. Donald Abrams, chief of the Hematology-Oncology Division at San Francisco General Hospital and a Professor of Clinical Medicine at the University of California San Francisco.

“We are very pleased and honored to have Dr. Abrams join our Advisory Board,” said George E. Anastassov, MD, DDS, MBA and Chief Executive Officer of AXIM® Biotech. “In addition to being an oncology specialist who was one of the original clinicians to recognize and define many early AIDS-related conditions, Dr. Abrams has authoritative expertise in medicinal cannabis research and clinical trials. Working with AXIM management and other members of our advisory board, Dr. Abrams will further enhance the intellectual rigor of our research and help better address patient needs with cannabinoid based pharmaceutical solutions.”

“I am excited to be joining the board as I am impressed with AXIM’s innovative technology aiming to make cannabis-based medicines available to a larger population of patients through its novel delivery systems,” said Dr. Abrams.

Dr. Abrams has long been involved in clinical trials of complementary and alternative medicine interventions for HIV/AIDS and cancer, including evaluations of medicinal marijuana. In 1997, Dr. Abrams received funding from the National Institute on Drug Abuse to conduct clinical trials of the short-term safety of cannabinoids in HIV infection. Subsequently, he was granted funds by the University of California Center for Medicinal Cannabis Research to continue studies of the effectiveness of cannabis in a number of clinical conditions.

He completed a placebo-controlled study of smoked cannabis in patients with painful HIV-related peripheral neuropathy as well as a study evaluating vaporization as a smokeless delivery system for medicinal purposes.

Dr. Abram’s NIDA-funded trial investigated the possible pharmacokinetic interaction between vaporized cannabis and opioid analgesics in patients with chronic pain. Dr. Abrams is conducting an NIH-funded trial investigating vaporized cannabis in patients with Sickle Cell disease. He co-authored the chapter on “Cannabinoids and Cancer” in the Oxford University Press Integrative Oncology text that he co-edited with Andrew Weil. He co-edits the NCI PDQ CAM Cannabinoids and Cancer website.

Dr. Abrams was a member of the National Academies of Sciences, Engineering and Medicine’s committee that published The Health Effects of Cannabis and Cannabinoids: Current State of Evidence and Recommendations for Research in January 2017.

Axim Biotechnologies is experiencing what all cannabis sector stocks are experiencing with price volatility and market pullbacks, and when investors bought shares they did so knowing that another round of cannabis buying would happen once we get a look at the timing for legalization on a federal level. These shares have the ability to retest the highs as do many in the sector, and they have tested much higher levels which is what are hoping for in the remaining quarters of 2017. For continuing coverage on shares of Axim Biotechnologies stock, as well as our other hot stock picks, sign up for our free newsletter today and get our next hot stock pick!