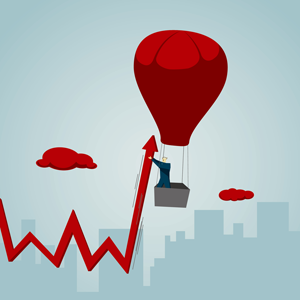 LITHIUM X ENERGY C COM NPV (OTCMKTS:LIXXF) is a penny play in the lithium space that continues to act well and garner attention among OTC traders as the stock pushes higher. The main catalyst of late is the company’s announcement that it has entered into Definitive Agreements with Pure Energy Minerals Inc. for the sale of its interests in Nevada.

According to the release, the company is also subscribing for 3.571 million units of Pure Energy at a price of C$0.56 for a total subscription cost of C$2 million. “Each Unit consists of one Pure Energy common share and one-half of a common share purchase warrant, with each whole warrant exercisable at a price of C$0.75. The Unit price represents a 9.8% premium to yesterday’s closing price of the Pure Energy common shares. The subscription proceeds are expected to be spent entirely on the development of the Nevada assets.”

Brian Paes-Braga, CEO and a Director of Lithium X, commented, “We are very pleased to partner with Pure Energy to consolidate our Clayton Valley projects and create the leading American lithium developer. I have a lot of respect for what Patrick and his team have accomplished in Nevada, and their success helped inspire the founding of Lithium X. Lithium X is pleased to become Pure Energy’s largest shareholder, and participate in the tremendous upside at Clayton Valley, which hosts North America’s only primary producing lithium brine.”

Traders will note 17% added to share values of the stock over the past month of action. In addition, LIXXF has evidenced sudden upward volatility on many prior occasions.

Moreover, the listing has registered increased average transaction volume recently, with the past month seeing 70% over what the stock has registered over the longer term.

Earning a current market cap value of $127.6M, LIXXF has about $10.8M on the books, which stands against $225k in total current liabilities according to its latest filing. The company is pre-revenue at this point. This is an exciting story, and we look forward to a follow-up chapter as events transpire. For continuing coverage on shares of $LIXXF stock, as well as our other hot stock picks, sign up for our free newsletter today and get our next hot stock pick!