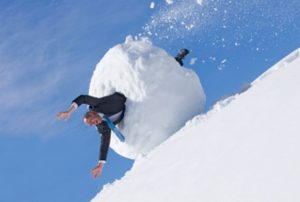 Lightbridge Corp (NASDAQ:LTBR) shares have rallied in May and are currently 60% higher on the year as alternative fuel solutions headline the energy markets. This rally is a revisit of the $2.00 price level last tested when President Trump was elected and the hope for relaxed legislation in nuclear power surfaced in November 2016. The price spike yesterday on the back of the company conference call was similar to the move on election eve.

Have a look at the Lightbridge Corp (NASDAQ:LTBR) chart below, and you can see these spikes and also see the stock has been in decline mode for more than a year falling from $3.50 to under a dollar during the decline, yesterdays bounce was a retrace of some of the decline as nuclear power alternatives get market traction.

In a recent note from the company, Seth Grae, President & Chief Executive Officer of Lightbridge Corporation, commented; “We continue to progress towards commercialization of our proprietary next generation nuclear fuel for current and future reactors. We are advancing towards the creation of a formal joint venture agreement with AREVA to develop, manufacture and commercialize fuel assemblies based on our fuel technology, which we expect to finalize in the coming months.  We believe AREVA is the ideal partner, bringing its leading expertise in nuclear fuel assembly design, licensing and fabrication, as well as an established global customer base.”

“At the same time, we are advancing our discussions with a leading U.S. nuclear utility toward an end-user agreement for the first use of Lightbridge-designed nuclear fuel in a commercial reactor in the United States. Also, we remain on track for irradiation testing of our nuclear fuel samples at the Halden reactor in Norway.”

“Given our recent partnerships, along with other support we have received from the industry, we expect that our nuclear fuel technology has the potential to generate hundreds of millions of dollars in annual profits.  We believe that nuclear power, generated in existing and future reactors utilizing our advanced metallic fuel technology, will dramatically improve the safety and enhance the operating economics of nuclear power.”

Find out when LTBR stock reaches critical levels. Subscribe to OracleDispatch.com Right Now by entering your Email in the box below.

For the three months ended March 31, 2017, the Company’s cash flows used in operating activities were $1.1 million versus $1.3 million used in operating activities for the same period of 2016. This decrease is primarily due to the decrease in warrant valuation income of approximately $1.3 million offset by the decrease in our revenue and the increase in our operating expenses, which include research and development expenses. The change for the warrant revaluation is due to a change in the accounting treatment of the outstanding warrants, which were recorded as derivative liabilities at March 31, 2016 and are now recorded as equity in 2017.

Lightbridge Corporation (NASDAQMKTS:LTBR) is in a unique sector which is needed in the energy markets and the market spikes are telling us that the demand for nuclear power alternatives in the current market cycle are warranted. LTBR stock needs to close higher than $2.00 and it needs to happen soon, this will be the largest endorsement of the companies fundamental numbers presented earlier.

Once commercialization is a reality you should see the shares retest the prices from last year. Once Lightbridge names the buyer of the reactors and the market has an opportunity to digest the growth picture shares have an opportunity to get footing. We are watching this story closely as nuclear energy comes back into focus as a real alternative solution. For continuing coverage on shares of $LTBR stock, as well as our other hot stock picks, sign up for our free newsletter today and get our next hot stock pick!