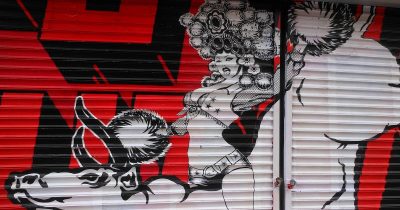 MK Automotive Inc (OTCMKTS:MKAU) is a penny play that recently pivoted into the content streaming space. The stock got big legs on Tuesday, powering over 60% higher on better than 22M shares changing hands. The breakout took this stock well above its 50-day and 200-day simple moving averages. The motivating factor for buyers was clear: the company announced that the May 16, 2017, debut of the Clikia App for iPhone, iPad and AppleTV in the Apple iTunes Store went off without issue. “Users are now enjoying Clikia on their Apple devices, as Amazon fire TV, Amazon fire Tablet and Roku users have been doing for several weeks.”

“The Clikia App’s availability has, in our view, put us on the Streaming Map,” said MKAU CEO and Clikia founder, David Loflin. “And that Streaming Map,” added Mr. Loflin, “is getting bigger and bigger, given the dramatic acceleration in cable TV subscriber losses. As reported recently by the analyst firm MoffettNathanson, the quarter-over-quarter subscriber losses have, since the start of 2016, gone from minus 1.2% to a whopping minus 2.4% for the quarter ended March 31, 2017. Clikia is on the right side of the business.”

Heading into today, the company had been getting very promotional with its Clikia campaign. To prove that out, management just put out the first promotional video for Clikia’s subscription-based streaming service.

In addition, the company also recently announced that it is launching a Kickstarter campaign to raise additional funds to help with expansion. In theory, the money is coming in for future access to the product, and implies no dilution for shareholders. It’s absolutely ideal for this stage if they can pull it off.

“Only the successful launch of our Clikia video streaming service had priority over our efforts to restructure our convertible debt structure,” said MKAU CEO and Clikia founder, David Loflin. “These debt restructuring efforts are fundamentally important to the future progress of our company — they are important to our business efforts, of course, but they are equally, if not more, important to establishing, in the market, the reality that our management seeks to serve the best interests of our shareholders and for economic fairness in all company transactions. I am extremely optimistic about our business and financial evolution,” Mr. Loflin added.

So, while the move on Tuesday was aggressive and clearly linked to press on the iTunes debut, we would also point that there has been a lot going on under the surface here. That said, we have also noticed some other pressure pushing to the upside in the form of investor awareness campaigns being run by third party players.

Currently trading at a market capitalization of $1.9M, MKAU has virtually no cash on the books, which must be weighed relative to virtually no total current liabilities. The company is pre-revenue at this point. We will update the story again soon as developments transpire. For continuing coverage on shares of $MKAU stock, as well as our other hot stock picks, sign up for our free newsletter today and get our next hot stock pick!