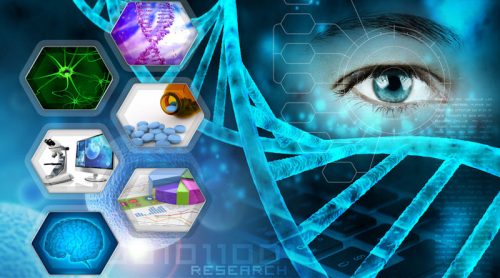 Pharmacyte Biotech Inc (OTCMKTS:PMCB) had an election day rally that took shares from .03 cents to .15 cents closing the year strong. For most of 2017 the stock has spent the year giving it all back settling as low as .05 cents per share in early May. The recent bounce is a retrace of the decline which occurred during 2017.

A look at the price action tells you they got a bit ahead of themselves, and are finding a true valuation as investors process the fundamental news.

Pharmacyte Biotech Inc (OTCMKTS:PMCB) is a clinical stage biotechnology company focused on developing targeted treatments for cancer and diabetes using its signature live-cell encapsulation technology, Cell-in-a-Box®, recently announced that its research partner, the University of Northern Colorado, has made significant progress with PharmaCyte’s Cannabis Research Program. Of note, a parental cell line identical to that being used in PharmaCyte’s Cell-in-a-Box® + ifosfamide pancreas cancer therapy is being utilized to develop a therapy for cancer using cannabinoids as the chemotherapy agent. This is significant for the company.

Mark L. Rabe, MD, PharmaCyte’s Director of Cannabis Program Development, said of the research being done by UNC, “There are several necessary components for a Cell-in-Box®/cannabinoid therapy to work. First, ‘active’ cannabinoid molecules need to exert an anti-cancer effect. The anti-cancer effects of cannabinoids, notably THC, or tetrahydrocannabinol, and CBD, or cannabidiol, are already well-documented in the medical literature against a broad range of cancers. Our research has independently confirmed this for CBD, and we have completed important preliminary dose-effect studies. Second, we need a ‘prodrug’ form of the ‘active’ molecule or molecules. We have this. Lastly, we need an enzyme-producing cell line, suitable for encapsulation, that will convert the ‘prodrug’ into the ‘active drug.’ In this regard, work is ongoing along several fronts, and UNC’s presentations give us confidence that the work shows promise.”

On April 4, 2017, UNC presented its work in the following two papers. The first paper, titled “Development of a cannabinoid-based Cell-in-a-Box® therapeutic system targeted toward malignant tumors,” was presented by Dr. Richard M. Hyslop, Principal Investigator and Professor of Chemistry and Biochemistry at UNC. In his presentation, Dr. Hyslop described PharmaCyte’s Cannabis research at UNC that was designed to develop a targeted cannabinoid-based chemotherapy utilizing the Cell-in-a-Box® live-cell encapsulation technology. This aspect of the UNC research has concentrated on the feasibility of developing cells capable of producing an enzyme that can convert an inactive phytocannabinoid (a Cannabis component) prodrug into an active anti-cancer drug. Cell-in-a-Box®, which encapsulates cells in a bio-inert cellulose-based porous polymer, serves as the platform for the therapy. Encapsulated cells with this prodrug-activating property could be implanted immediately upstream from a tumor. Then, the prodrug could be activated by the encapsulated cells at the site of the tumor.

Dr. Hyslop also described how specific phytocannabinoid prodrugs, including THC (tetrahydrocannabinol) and CBD (cannabidiol), and various model compounds have been screened for the desired activity across a variety of cell lines. Five cell lines have been observed to produce the desired phytocannabinoid-converting enzyme. Three of these cell lines have shown specific activity for the conversion of the cannabinoid prodrug into an active antineoplastic drug under certain conditions. Efforts to identify the genetic code for the responsible enzyme in these cell lines are underway.

In parallel, an organism has been identified that produces the desired enzyme, and this enzyme has already had its genetic code sequenced. Knowing this sequence, the gene has been successfully synthesized “from scratch” into a vector (carrier vehicle). Work is now underway to transfect (insert) this gene from the vector into the genetic code of a specific human cell line. The cells would then become enzyme-producing “factories” to treat cancer using phytocannabinoids as the prodrug or chemotherapy agent. The cell line is very well suited for encapsulation, and it is the identical parental cell line used by PharmaCyte in its therapy for pancreas cancer. Once complete, testing will commence to analyze the bio-engineered cell line’s ability to catalyze the desired phytocannabinoid-prodrug-activating reaction.

“Learning that the parental cell line used to develop our therapy for pancreas cancer may very well be the same cell line that could be used as the foundation for development of a therapy for different types of cancers using cannabinoids is very good news,” commented PharmaCyte’s Chief Executive Officer, Kenneth L. Waggoner. “It is this kind of news that could fast-forward our Cannabis Research Program and allow PharmaCyte to become a serious player in this sector with our ability to develop cannabinoid-based therapies utilizing our proprietary Cell-in-a-Box® live-cell encapsulation technology.”

The second paper, titled “In vitro anti-neoplastic activity of specific phytocannabinoids of Cannabis sativa,” was presented by UNC graduate student Shawn Bydalek. This aspect of the research focuses on the ability of cannabinoids to produce an anti-cancer effect. The in vitro (in the laboratory, but not in animals) effects of select cannabinoids on several human cancer cell lines have been investigated. This work involved treating single-cell layer cultures with increasing levels of CBD and measuring the resultant changes in the cancer cell populations. Results showed that CBD possesses potent dose-related effects against breast, lung, colon and skin cancer cells. Testing of anti-cancer effects against pancreas cancer and glioblastoma (brain cancer) are currently underway.

Waggoner added, “We are quite pleased to present the valuable information that has been generated by Dr. Hyslop and the UNC team as well as showcase the versatility of the Cell-in-a-Box® technology as an advanced therapeutic platform. The pieces of the puzzle are beginning to fall into place.”

The share price will continue to be volatile as it rises and falls with the whims of a maturing cannabis sector. The company is smart to establish a metric on the medical side of the ledger as some of the touch the plant stocks got hit harder than the medical focused stocks, they have a unique solution, and we hope they are successful as cancer needs any and all innovation from natural. For continuing coverage on shares of Pharmacyte Biotech Inc stock, as well as our other hot stock picks, sign up for our free newsletter today and get our next hot stock pick!