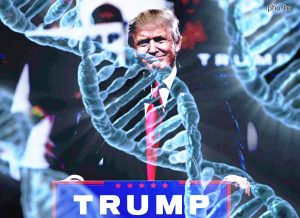 ImmunoGen, Inc. (NASDAQ:IMGN) is moving higher on positive data about its treatment for ovarian cancer. With fast-moving biotech stocks, the release of positive clinical-stage data can often send the stock shooting higher, even if a full market-tested product may actually be years away. That seems to be the case with Massachusetts-based clinical-stage biotech stock ImmunoGen, Inc. (NASDAQ:IMGN), which has exploded out of the gate after the release of positive data about the Phase 1 trials of its antibody-drug conjugate (ADC) technology.

A big catalyst for the move upward was the release on May 17 of updated data about the Phase 1 trials of its lead product candidate, Mirvetuximab Soravtansine. This product is a first-in-class ADC.

ImmunoGen, Inc. (NASDAQ:IMGN) released pooled data from multiple Phase 1 trials in patients with ovarian cancer. The results were better than expected and extremely encouraging. The results of this mid-stage trial of ImmunoGen’s experimental antibody-drug conjugate show that it shrinks or stabilizes tumors in nearly half of advanced ovarian cancer patients. Patients meeting certain criteria showed a 47% response rate to Mirvetuximab Soravtansine as a monotherapy. In contrast, the response rate for other therapeutics is typically in the 15-20% range.

Find out when $IMGN stock reaches critical levels. Subscribe to OracleDispatch.com Right Now by entering your Email in the box below.

In addition, the company released data on the testing of Mirvetuximab Soravtansine in combination with other oncology drugs – Roche’s Avastin and Merck’s Keytruda. Results were encouraging here as well for the treatment of earlier-stage ovarian cancer.

The release of data coincided with the release of abstracts for this year’s American Society of Clinical Oncology (ASCO) meeting. In the days ahead of the release of these abstracts, speculators were already bidding up shares of the company, expecting to see some positive clinical results being shared publicly. The company now says that it will have final data for the clinical trials in 2019.

The good news for ImmunoGen investors is that IMGN is not a one-trick pony. In addition to Mirvetuximab Soravtansine, the company has several other product candidates: IMGN779, IMGN632 and IMGN529. The company is a leader in developing targeted cancer therapeutics using ADC technology, so we can expect to see continued innovation in this space.

From the company’s perspective, it will be more powerful to develop monotherapy solutions that work, rather than relying on combinations of oncology drugs to work. In layman’s terms, ImmunoGen is going to make a lot more money if it is has a product that works by itself rather than having to rely on other large pharmaceutical companies like Roche and Merck.

From a fundamental perspective, it looks like IMGN has enough of a runway to continue developing its monoclonal antibody-based anticancer therapeutics. The company released financial results in early May, and the numbers looked encouraging. The company posted revenue of $28.5 million for the quarter ended March 31, compared to $19.70 million in the year-earlier period. Moreover, the company’s net loss shrank to $17.3 million, which is down from $31.9 million in the year-earlier period.

Traders have been taking an aggressive position on the stock, and it’s now time to consider how much further the stock has to run. The company’s current stock price of $5.40 is lower than the 52-week high of $6.21, so there’s still room on the upside. Investors need to keep an eye on the research data coming out of ImmunoGen to see how results are continuing with Mirvetuximab Soravtansine. If the results are good, it’s easy to see IMGN blowing past that $6.21 price point. For more news on ImmunoGen and other fast-moving penny stocks, please subscribe to OracleDispatch.com below.