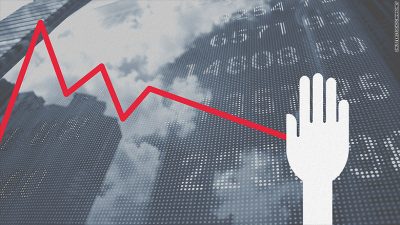 MMEX Resources Corp. (OTCMKTS: MMEX) is a stock we have been extremely bearish on since it exploded higher back in late March. Management has stated that they will build a $450 Million refinery that will make an insane amount of money. In other words, management says they will be lent $450M cash to build a refinery for shale-based oil (because they have no money at all). What should make you believe that this will happen? There isn’t anything.

If your next door neighbor said he was going to build a rocket ship to Jupiter made of cotton candy, would you believe it? What if he said he was going to get a half of a billion dollars from a bank to do it? What if the rocket ship was somehow a good idea but he was the only one on planet Earth to figure that out? Would you believe that? There’s obviously something very wrong here. And we are starting to see that fact play out in the stock. It’s getting hammered of late, down 84% since early April, and declining in a relentless pattern of heavy offer distribution, likely by insiders and those familiar with the plot.

MMEX Resources Corp (OTCMKTS:MMEX) casts itself as a mining development Company leveraging global demand for mining assets located in the Americas. The company was formed to engage in the exploration, extraction, refining and distribution of oil, gas, petroleum products and electric power.

The company’s management team apparently has extensive experience with natural resource project development and project financing in North and South America, though an actual survey of the past does not corroborate this notion. Moreover, MMEX Resources Corporation focuses on the exploration, extraction, refining, and distribution of oil, gas, and petroleum products in the United States and Latin America. It also intends to provide electric power.

Imagine if the world worked that way: There is shale oil there. And there are 15k top-level executives in the oil patch with PhD’s and 150 IQs working about 18 hours per day trying to find another drop of oil that will work in the current landscape of assumptions about margins and return on investment, spending $10B per year in big data AI research… And then these guys just point at a map and say, Duh! Let’s just drive over to this place and make the most capital-intensive thing on planet earth with no money in our bank account and then get rich like Winthorp and Valentine in the last scene of “Trading Places”.

It should be clear that we aren’t exactly true believers here. The dilution level is a red flag. The history of the personnel involved is a huge red flag. The whole premise strikes us as patently absurd. And the stock is acting like our take is on the money.

In the end, the company has not corroborated its plan thus far. And there’s one extremely clear way to do that: start spending money. To do that, the company would have to get financing. And believe you me: lenders will do 100-times the level of due diligence evident in the equity market. They will have underwriters and need to see the rubber sufficiently evidenced as being within a country mile of the road. Our assumption is firmly that this is impossible.

But we would almost love to see that view upset by evidence in the manner of a life-long skeptic on Area 51, who would secretly love to see a real UFO take flight over the Nevada desert. But that’s not going to happen here. If you want to prove me wrong, guys, spend some money.

Don’t announce a contract, or come out with a press release about a tentative agreement, or write a letter of intent. Spend a million bucks. Heck, it’s going to cost you 490 times that to do the project that just gets you to square one on this company as far as earnings. You have to be aware of at least a million bucks in costs to cover. Spend it!

It’s not going to happen.

Traders will note more than -20% drained out of share pricing for MMEX in the past week. And we would expect a lot more over time. The company will no doubt come up with its next press release before long, detailing a tentative agreement with a local plumbing specialist that will stand to make a ton of money if this is real and losing nothing if it isn’t, and therefore has no real downside in making the agreement. And the stock will likely spike a few percent on the announcement. And the world will spin. Just… don’t be fooled with this one. Please. For continuing coverage on shares of $MMEX stock, as well as our other hot stock picks, sign up for our free newsletter today and get our next hot stock pick!