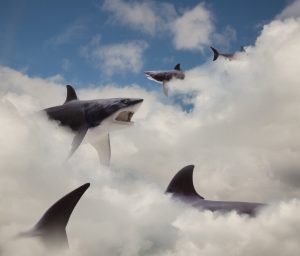 MGT Capital Investments Inc. (OTCMKTS:MGTI) run by the wild and wooly John McAfee, founder of McAfee Software (purchased by Intel many years ago), is in the news again setting up digital mining operations. MGTI stock has been volatile, but none of this should surprise anyone who has followed the career of McAfee. Today shares are 25% higher, but a close look at the chart below shows the stock is just as volatile as McAfee himself.

The story of MGTI goes back more than a year as McAfee burst back on the scene, and many think it has to do with expiring non-compete agreements with Intel. This coupled with the need for security in everything from cell phones to bitcoin mining puts the McAfee name back into the mix.

MGT Capital Investments Inc. (OTCMKTS:MGTI) announced today that it has closed on financing to allow the Company to materially ramp up its Bitcoin mining operations. The financing consists of a $1.35 million 10% convertible note (convertible at $1.05 per MGTI share) issued to a single institutional investor. The note is self-amortizing with a maximum repayment of $90,000 per month. In conjunction with the note, the Company also issued the investor 1.2 million warrants with an exercise price of $1.05 per MGTI share.

The proceeds of the financing, along with Company cash reserves will allow MGT to purchase 1,000 Bitmain Antminer S9 computers and associated power supplies. Following shipment and setup (expected by early July 2017), MGT will be operating a total of 1,400 S9’s with total computing power of over 18 PH/s, generating an estimated 225 Bitcoins per month with a value currently of over $450,000. Factoring in electricity, hosting and other direct operating costs, EBITDA from the Company’s Bitcoin mining operations is projected at $300,000 per month, prior to note amortization.

John McAfee stated, “Today’s announcement is transformational for MGT.  Not only does it vastly improve our financial profile, but it positions us as the only public company in the space at a time when Bitcoin has enormous momentum.”

It is also important to note that the MGT stockholders have voted to change the corporate name of MGT to “John McAfee Global Technologies, Inc.” Following a dispute over ownership and permitted usage of the name McAfee, The Company and Intel have agreed to a mediation process to avoid unnecessary legal costs.

MGT Capital, is in the process of acquiring and developing a diverse portfolio of cyber security technologies. With industry pioneer John McAfee at its helm, MGT is positioned to address various cyber threats through advanced protection technologies for mobile and personal tech devices, as well as corporate networks. The Company’s first product, Sentinel, an enterprise class network intrusion detector, is scheduled to be released by the end of June 2017. The Company also has entered into a joint venture with Nordic IT to develop and market a mobile phone with extensive privacy and anti-hacking features. The Privacy Phone has a tentative release date of February 2018.

Also as part of its corporate efforts in secure technologies, MGT is growing its capacity in mining Bitcoin. Currently at 5.0 PH/s, the Company’s facility in Washington State produces about 80 Bitcoins per month, ranking it as one of the largest U.S. based Bitcoin miners. Further, MGT is in active discussions with financial partners to grow Bitcoin output materially.

MGT Capital Investments, Inc. (OTCMKTS:MGTI) is in the middle of the Bitcoin craze which is trading over $2,000 at the time of this writing and Ethereum closed over $130. This is significant because just 1 year ago the price for the crypto currency was $450 for a Bitcoin (BTC) unit, and $11 for Ethereum (ETH) unit. On a percentage basis this means the value of your asset increased 350% for Bitcoin and well over 1,000% for Ethereum. Again McAfee is crazy like a fox, just like the old days. You can bet we will update this one again as new information comes into view. For continuing coverage on shares of $MGTI stock, as well as our other hot stock picks, sign up for our free newsletter today and get our next hot stock pick!