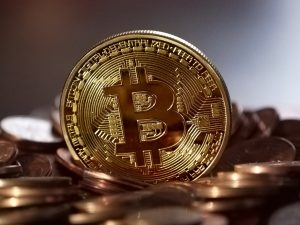 BTCS Inc (OTCMKTS:BTCS) shares are popping due to Ethereum prices leaping from $40USD in mid-March to over $200USD in a short 90-day span. The volatility is creating a feeding frenzy in anything Bitcoin or Ethereum, so naturally shares in BTCS would follow along. Shares show a rise now reflecting the move where investors are seeking pure play opportunities. However, a look at the chart shows even though the recent rally was timely, shares have fallen from much higher levels.

All this begs the question about how a decline in Bitcoin would have a piggy back effect with any digital currency pricing. Volatility in the cryptocurrency space will soon rear its ugly head and test the early adopters. This shadowy market is coming into the public eye as prices continue creating it’s own media cycle in normal social media channels. Although, the real catalyst is the inverted yield curve in China as the country’s banks seek refuge.

BTCS Inc (OTCMKTS:BTCS) secures the blockchain through its rapidly growing transaction verification services business. The company plans to build a broader ecosystem to capitalize on opportunities in this fast growing industry. The blockchain is a decentralized public ledger and has the ability to fundamentally impact all industries on a global basis that rely on or utilize record keeping and require trust.

Find out when $BTCS stock reaches critical levels. Subscribe to OracleDispatch.com Right Now by entering your Email in the box below.

BTCS Inc (OTCMKTS:BTCS) is tied to the market trends surrounding Bitcoin and Ethereum. If readers are not familiar, Ethereum is a digital currency and blockchain platform focused on smart contract applications. Like bitcoin-based blockchain technologies, the decentralized network of Ethereum enables transactions without downtime, censorship, fraud, or third-party interference. Since early February, the value of Ether, the digital token or fuel powering the Ethereum network has grown at a 500% annual growth rate with the total value of all Ether, or market cap of Ether, surpassing $1 billion.

“As the first U.S. publicly-traded blockchain-focused company we want to provide our investors diversified exposure to digital currencies and blockchain technologies,” stated Charles Allen, CEO of BTCS. “Given the recent success of Ethereum and the growing interest from major players in tech and finance, we believe it’s an ideal time to launch a pilot program. With the capacity expansion we completed at our North Carolina facility in 2015, we’re well-positioned to scale operations when necessary, even as we continue to ramp our current bitcoin-focused transaction verification operations.”

Ethereum has garnered growing support since its launch in 2014. Two notable projects with Microsoft and IBM stand out. The recent launch of the first production release, Homestead, is set to make Ethereum a blockchain technology that will be integral to future smart contract based products.

Commenting on the launch of Ethereum’s first production release, Andrew Keys, co-founder of decentralized application development firm ConsenSys Enterprise, told CoinDesk, “Homestead’s arrival will begin to demonstrate the next generation of blockchain technology, whereby anything we can dream of, can be accomplished in a decentralized manner using Ethereum.”

“Like many others, we’re excited for the prospects of Ethereum,” continued Allen. “While Ethereum is focused on smart contracts, it’s important to note that there are currently numerous companies working on solutions to build smart contracts on bitcoin’s blockchain, leveraging the deep security provided by its more established and secure blockchain.”

In addition to the pilot program, BTCS Inc. has secured a Ethereum-mining hosting contract. The contract uses approximately 50 kilowatts of the Company’s 3 megawatt capacity. Also, know this is the reflexive buy for those who want to speculate without owning Bitcoin or Ethereum. The move in cryptocurrency has to do with the inversion of the Chinese yield curve. China’s yield curve went inverted and appears to be a harbinger of the Chinese economy going into recession. An event of that magnitude harms over-levered Chinese banks with growing delinquent loans that can’t make margin borrowing short and lending long.

I can see why the Chinese are flooding into bitcoin and Ethereum, where the ripple effect reaches stocks like BTCS. The company could continue to see strong action in the immediate future. This is one of the hottest sectors in the market, and you can be sure we will update as the story unfolds. For continuing coverage on shares of $BTCS stock, as well as our other hot stock picks, sign up for our free newsletter today and get our next hot stock pick!