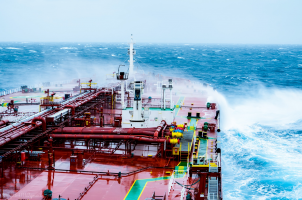 PILGRIM PETROLEUM COM STK USD1 (OTCMKTS:PGPM) is an insane mover that was a deep triple-zero sub-penny play just a few weeks ago, but has now emerged well above the penny level. The key catalyst appears to be the company’s shift toward operations in the oil and gas exploration and production space. Apparently, according to company statements, they have assets and are looking to acquire more and shift to a producing status.

PGPM has been branded with the dreaded skull and crossbones on OTCmarkets.com. The company has not clarified what is the issue, but is taking steps to remove the mark. Recent action is adding 6900% to share values of the stock over the past month. However, this action is running counter to the larger trend in the name. Furthermore, the stock is seeing interest climb with an increase in trading volume of a bit less than 310% over the long run average.

PILGRIM PETROLEUM COM STK USD1 (OTCMKTS:PGPM) bills itself as an oil and gas exploration and development (E&D) company acquiring, developing, and operating oil and gas properties with proven reserves in US.

According to company materials, they “Focus in proven fields exploited by well managed independent oil companies extracting reserves at lower risk and lower cost than unproved prospects, provides services to 3rd party operators and partners in the areas of Consulting, Development, Aviation Services, and Enhanced Oil Recovery. Our parent is Pilgrim Petroleum PLC, a private own company, focus in domestic and international areas where major oil and gas producing companies have reduced their exploration efforts in search of larger reserves.”

Management’s recent update says: “After seven years of “Stealth” activities after the downturn of 2009 and 2010, we were keeping a tight lid on the venture activity with an upside on the private equity business with our key partners and our parent private company Pilgrim Petroleum PLC (with the same name but soon to be changed), has been a great value to the company.”

Find out when $PGPM stock reaches critical levels. Subscribe to OracleDispatch.com Right Now by entering your Email in the box below.

Regarding the Skull and Crossbones designation, we suspect the key issue is about keeping current with its information. To that end, the company just filed a letter from The Bunker Law Group, PLLC, stating, among other things:

The main catalyst that got this gawdy advance underway was the company’s recent announcement that stated: “Pilgrim Petroleum Corporation (PGPM), an independent oil and gas company and parent of Pilgrim Petroleum PLC, is pleased to announce that the company will be filing initial Information Disclosure as Q1 2017 operations and proceed with reorganization plans including filing of all disclosures required by OTC Markets, FINRA and SEC. This also will include an additional investment to enable retiring all or nearly all the current liabilities of the company. This reorganization and additional investment continues the strong belief in and commitment in the company and assets.”

The movement in shares gives the feel of a possible promotional advance, but we have no firm evidence of such. The stock is in the oil patch, which is moving this week in part due to expectations of further cuts to be announced by OPEC soon.

Earning a current market cap value of $6.1M, PGPM has not made available adequate information to know what it carries on its books in terms of cash or obligations. The company is pre-revenue at this point, but has action pulling it in the right direction. This is an exciting story, and we look forward to a follow-up chapter as events transpire. For continuing coverage on shares of $PGPM stock, as well as our other hot stock picks, sign up for our free newsletter today and get our next hot stock pick!