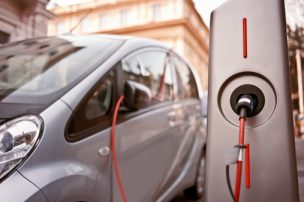 The momentum continues for Dolat Ventures Inc (OTCMKTS:DOLV), the electrical car company burst onto the scene after making its first big move in the beginning of February. The move pushed DOLV to the 0.005 range after which we saw a significant pullback to 0.001 in the middle of March before proceeding onto its next rally to 0.0190. The pattern continued once again with further consolidation and closing yesterday at 0.0665.

The graph below shows the bullish runs tapered off by the expected pullbacks which are healthy in the long run, providing support points as it continues its ascendance.

Although we do not have much information about Dolat Ventures Inc (OTCMKTS:DOLV), we do know it has recently been acquired by a Chinese based battery manufacturer under the leadership of Mr De Qun Wang at the beginning of this year, the company also acquired Ji Ming Yang and will operate under the name JB&ZJMY Holding Company.

There is a lot of hype around this sector and quite rightly so, with climate change and slumping oil prices, a lot of focus is being diverted towards renewable energy. Tesla has been stealing the limelight recently reaching all time highs of $327 with a market cap of $50.6 billion and is only just getting started, but it is more than likely we will see other stars quickly emerge as this sector continues to grow exponentially.

We also have to factor in that Tesla focuses on the luxury end of the market, DOLV is focused on the middle class. With the Chinese and Asian market size there is more than enough room for plenty of big players to dominate. The question is who can establish themselves first? Dolat has a great opportunity to do this since they are already producing cars and are in the process of hiring regional managers so they already have their eyes firmly set on expansion.

One of Dolat’s close competitors, BYD auto, was the world’s top selling plug in electric car manufacturer selling over 100,000 units in 2016 whose current share price is close to 7%, many believe that Dolat’s battery is superior to BYD and that BYD’s success bodes very well for the future of Dolat.

The growth of the Electrical vehicle market will come through various changes including parts manufacturers including electrical vehicles in their product portfolios, emissions regulation increasing across the world as well as government schemes to incentivize clean energy usage. In addition to this, increased availability in public charging station infrastructure will be key in the scalability the market, most people currently resort to recharging at home which can be inconvenient if on long trips. As the world becomes more carbon footprint conscious and the older generations die out, a shift in consumer mindset will also contribute to the expansion of this market.

According to Forbes, global electric vehicle sales have more than doubled since 2014, Following a 72% jump in 2015, 2016 saw a 41% global increase in sales to reach 777,497 vehicles. This clearly shows that we are in the early adopter phase and as the technology continues to evolve in this arena, we can expect to see decreasing costs combined with substantially higher revenues as the market size balloons over the next decade.

Dolat Ventures is experiencing sharp growth with accompanied volatility, but the sky really is no limit as this is one of the most promising growth sectors out there. If Dolat can implement the right business model then we could potentially see the next Tesla emerging. This is an exciting story, and we look forward to a follow-up chapter as events transpire. For continuing coverage on shares of DOLV stock, as well as our other hot stock picks, sign up for our free newsletter today and get our next hot stock pick!