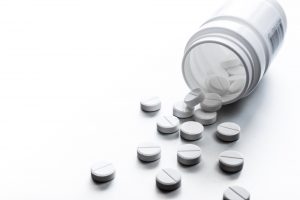 Gene Daniel
CEL-SCI Corporation (NYSEMKT:CVM) has had some issues internally with the arbitration case against the former CRO that originally ran the Phase 3 trial. CEL-SCI made the high for the year back in Jan, testing the .16 cent level. CVM shares then fell back in late April, as the news of the trial started to filter through to the stock. So that brings us to where we are today.
The company gave an update on clinical hold communications with the U.S. Food and Drug Administration regarding the partial clinical hold of CEL-SCI’s Phase 3 clinical trial of its drug Multikine* (Leukocyte Interleukin, Injection). The drug targets patients with squamous cell carcinoma of the head and neck.
CEL-SCI Corporation (NYSEMKT:CVM) said the partial clinical hold on this ongoing Phase 3 head and neck cancer trial with 928 patients covered a range of issues previously described to the shareholders. Following a Type A meeting with the FDA, CVM filed a response that was intended to address all of these issues. As part of the response to address the concerns, they submitted a proposed update to the Investigator’s Brochure (IB) and a proposed “Dear Investigator” letter which was planned to follow the FDA’s review and approval. In its most recent communication, the FDA stated: “We have completed the review of your submission and have concluded that removal of the clinical hold is not warranted.”
Find out when $CVM stock reaches critical levels. Subscribe to OracleDispatch.com Right Now by entering your Email in the box below.

The FDA’s response directed that: 1) The IB and the “Dear investigator” letter should contain specific statements and data which were not included in the proposed texts we had submitted in April 2017 and 2) Some of the statements that were included in the proposed texts accompanying our April 2017 response should be removed. Work on revising the IB and the “Dear Investigator” letter in accordance with the FDA’s directions has already begun and CVM intends to resubmit the amended documents to the FDA for their review and approval soon.

In the Agency’s May 2017 letter, the FDA also stated: “Until you have submitted the required information and we notify you that you may initiate clinical studies, this IND remains on clinical hold and you may not legally initiate or resume clinical studies under it.” The heading on the FDA May 2017 letter is “Continue Full Clinical Hold”, whereas the heading on previous hold letters was “Partial Clinical Hold”.

The FDA communicated to CVM that the IND is on Full Clinical Hold because the exception to the full hold no longer exists, since all patients had completed planned treatment with our product, Multikine. Placing the IND on full hold does not result in termination of the Phase 3 head and neck cancer trial and all protocol-specified data collection will continue as described in the protocol, but CVM may not enroll new patients and may not resume dosing in any previously enrolled patient.

In the Agency’s recent letter, the FDA stated, “Finally, since there are no patients currently receiving Multikine under this IND and the only study being conducted under this IND (Study CA001P3) is closed to accrual, we have concluded that all studies covered by this IND must be placed on clinical hold; proposed studies may not be initiated, and ongoing studies are suspended.” It should be noted that, at present, CEL-SCI is not conducting other studies with Multikine under this IND other than the ongoing Phase 3 study, which is subject to the clinical hold, no other studies are planned in the immediate future, and an amendment to the Phase 3 head and neck cancer study will be filed only if required. The study investigating the use of Multikine as a potential treatment in HPV-related disease is being conducted under a different IND.

CEL-SCI Corporation (NYSE MKT:CVM) said they are continuing to work extremely hard to bring the Phase 3 trial to a successful conclusion, to have the FDA’s clinical hold lifted, and to win the arbitration case against the former CRO that originally ran the Phase 3 trial. Shareholders have been patient here (so far) and look for the company to move forward with Multikine and ground-breaking solutions for patients with squamous cell carcinoma of the head and neck. This may be a very interesting story in the near term, and we will look forward to updating it again soon. For more news on CVM and other fast-moving penny stocks, please subscribe to OracleDispatch.com below.