An Inside Look at FIRST BITCOIN CAP COM NPV (OTCMKTS:BITCF) 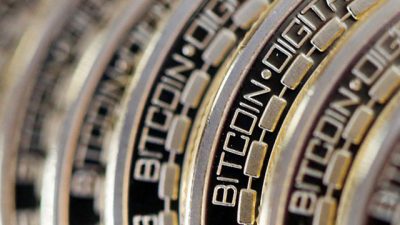 FIRST BITCOIN CAP COM NPV (OTCMKTS:BITCF) has been on a steady climb since December last year more than quadrupling in value. Bitcoin First Capital continues trend upwards, but will it go parabolic like Bitcoin? The rise has been very consistent for the first publicly-traded cryptocurrency and blockchain-centered company unlike its namesake Bitcoin, which has risen over 150% in the last two months.

The graph will be very appealing to investors, the retracements have been bought back, the large lower wicks on the bearish candle sticks reflect positive investor sentiment and it is clear the bulls are firmly in control. The first major bull run came in the middle of May and rallied quickly from 0.058 to 0.850, we are now in a consolidation phase pulling back to 0.42 as of this morning on the 24th of May but nevertheless looking promising for substantial future growth.

Bitcoin First Capital (OTCMKTS:BITCF) has already set history being the first publicly-traded cryptocurrency and blockchain-centered company, it’s aim is to open up the previously clandestine and unknown world of cryptocurrency to the public. It has recently been very vocal in campaigning for the SEC to approve the WInkelvoss led mission to create a bitcoin based exchange traded fund, this would open up the number one cryptocurrency to institutional investors and lead to a huge influx of money which would propel Bitcoin’s price up to the moon.

At the end of April, Bitcoin First Capital  (OTCMKTS:BITCF) also finalized it first Initial Coin Offering under the name “ALT” based on the premise that the Altcoin World would overtake Bitcoin’s market cap. Crypto Coin speculators acquired 134,062.79533219 ALT (including the 10% earned by BITCF) using Tether (USDT) as the medium of exchange. This action was taken having realized that although Bitcoin remains the king of the pack, there are many other emerging altcoins that are only likely to get bigger and bigger as this space develops.

Today, as of writing, Bitcoin has a market cap of close to $40 billion dollars whereas its closest competitor Ethereum is almost at the $20 billion dollar mark, you have to bear in mind that Ethereum’s market cap was well under $1 billion dollars at the start of the year. Third place goes to Ripple, which has a market cap of close to $13 billion, it is a cryptocurrency whose objective is to help people transact freely in the world’s financial networks, the coin prides itself on fast transaction times which has been an issue for Bitcoin for quite some time now. There are over 700 altcoins and the total market cap of 2nd – 9th highest is now larger than Bitcoins, a great call by Bitcoin First Capital and shows they are in tune with the market and how it is developing.

Bitcoin First Capital (OTCMKTS:BITCF) has also shown how creative they can be by creating a system to buy and sell travel reward points using cryptocurrency, many of these new mileage coins will be tradeable on their subsidiary cryptocurrency exchange, CoinQX.com, against more than 100 crypto and fiat currencies, including Bitcoin. This creation of a new market shows the power of blockchain technology, many new markets will continue to open up to the point where virtually anything will be tradeable.

It took 7 years for Cryptocurrencies to reach $10 billion, another year to reach $20 billion and only 3 months to reach $40 billion, with Apple’s market cap at almost $800 billion, you don’t need to be a genius to see where this is going. You can bet we will update this fast-paced story as events unfold. For continuing coverage on shares of Bitcoin First Capital stock, as well as our other hot stock picks, sign up for our free newsletter today and get our next hot stock pick!