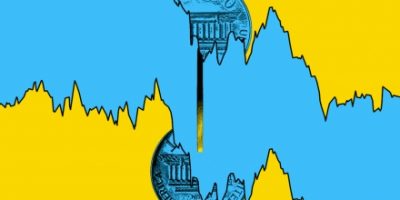 EP Global Communications, Inc. (OTCMKTS:EPGL) is a penny stock that has grabbed hold of the attention of traders during the stock’s recent bounce. The key narrative in play here is the potential for an asset sale or acquisition of the company by InWith Corp., who became a key partner of EPGL in January of this year. The company just filed its latest quarterly report in which it stated as such:

“EPGL is continuing to structure a relationship with a new start-up company called InWith Corporation, which began in January 2017, for the purpose of building selected EPGL technologies. The stated goal of InWith Corporation is to effect a major capital raise for the purposes of acquiring license and/or ownership to EPGL ophthalmic technologies and IP portfolio as well as a buyout offer for its shareholders.” This was also stated in a January press release.

EPGL has received multiple USPTO patent allowances and has several more pending both in the US and International. The granted patents include the “Elastic Circuit” which protects the art of three-dimensional flexible circuitry in modern silicone hydrogel lenses. EPGL expects to report within the next quarterly update, a decision from USPTO on any additional patent allowances.

The company notes that it will inform its shareholders via public release immediately upon receiving such notice from the USPTO.

According to company materials, EPGL refused to do so, contending that the Development Agreement was breached and did not allow the granting of the Option for several more months after all joint IP was fully filed.  EPGL threatened litigation over the issue. In May 2015, CooperVision, Inc. suggested mediation and EPGL agreed to do so. As announced publicly in a jointly approved January 2016 PR, after several months of negotiations, a settlement was reached whereby, to avoid litigation, the parties would agree that CooperVision, Inc. will retain rights and license to use the joint technology in their products in exchange for cash payment and EPGL receiving assignment of the IP and 100% ownership control and marketing rights worldwide.

Find out when $EPGL stock reaches critical levels. Subscribe to OracleDispatch.com Right Now by entering your Email in the box below.

The stock has exploded higher in recent trade. Traders will note nearly 130% during the past month in terms of shareholder gains in the name, a rally that has pushed up against longer standing distributive pressure in the stock. However, EPGL has a history of dramatic rallies. What’s more, the listing has benefitted from a jump in recent trading volume to the tune of 620% above the average volume levels in play in this stock over the longer term.

There are probably three major possibilities to explain the move, given the company’s known potential catalysts: Either we are seeing the smart money signal the coming of an announcement about a consummation of the takeout bid by InWith, or we are seeing the same phenomenon surrounding a coming announcement about an additional key patent allowance from the USPTO, or it’s something totally new, which seems the least likely to us.

Earning a current market cap value of $210.4M, EP Global Communications, Inc. has a significant war chest ($14.7M) of reported cash on the books, which compares with virtually no total current liabilities. EPGL is pulling in trailing 12-month revenues of $905K. In addition, the company is seeing major top line growth, with y/y quarterly revenues growing at 8%. You can bet we will update this one again as new information comes into view. For continuing coverage on shares of $EPGL stock, as well as our other hot stock picks, sign up for our free newsletter today and get our next hot stock pick!