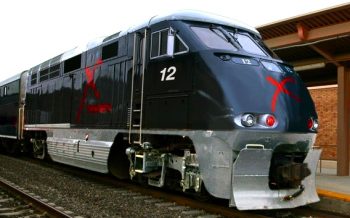 Las Vegas Railway Express Inc (OTCMKTS:XTRN) is a recently triple-zero, now double-zero deep sub-penny micro-cap stock that just launched nearly two thousand percent in two days on a buyout headline. The OTC is suddenly abuzz with the stock, and if you take a deeper look, it’s actually quite an interesting little story. We will do just that in a moment, but first, let’s take a look at the offer.

From the release: “X Rail Entertainment, Inc. (OTC PINK:XREE), owner of the X Wine Railroad, X Train, and Club X Train membership businesses, CEO Michael Barron announced today that the company has made a tender offer to the management of Las Vegas Railway Express, Inc. (XTRN) to acquire 100% of the Company’s outstanding stock, liabilities and assets in exchange for $20 million in cash and stock from X Rail Entertainment, Inc.” … “The offer would deposit into XTRN the total of $20 million in cash and securities in exchange for 100% of the Company.”

The company has recently entered into an exclusive operating license agreement with X Rail Enterprises, Inc. OTC:XREE for the purpose of operating the X Train between Los Angeles and Las Vegas. X Rail Enterprises Inc. has the financial capability to operate the X Train. A 5% royalty on revenues is paid to the Company.

According to company materials, “Las Vegas Railway Express, Inc. is a publicly traded company (OTCQB: XTRN) that is currently in the process of designing and implementing an expedited, luxury train service from the Los Angeles basin to Las Vegas and on other selected passenger rail routes across the US. Known as the “X-Train” the service will utilize conventional rail rights of way and passenger rail equipment — outfitted in a First Class configuration — to deliver a new, exciting and cost efficient way to travel to Las Vegas. Service departures are planned to be Thursday and Friday to Las Vegas with returns on Sunday and Monday back to Los Angeles. In addition, the X Train will also offer the ability for its passengers to book hotel rooms, transportation transfers, entertainment & show tickets and other travel incidentals.”

Find out when $XTRN stock reaches critical levels. Subscribe to OracleDispatch.com Right Now by entering your Email in the box below.

First off, this is not a big financial deal, so it isn’t hard to imagine this playing out as advertised. If there is a hiccup, it lies in the fact that XREE appears to be sitting on just about 1/100th of the cash needed to do the deal if the deal were to be in cash only form. Now, it says “cash and securities”. So, we are thinking that “securities” will make up 99% of this payday for XTRN shareholders. And those securities are likely to be mostly newly created shares of XREE.

That may sound like a skeptics view. But both of these companies are pink sheet players and we don’t have a whole lot of transparency into the real numbers, so it’s usually best to start with a skeptical “show me” attitude, and work forward from there.

This is especially true when the principal commentary from the management team makes it sound almost like a charitable act: CEO Michael Barron stated, “This is a consolidation of all of the X Train brands still held under a royalty agreement between X Rail Entertainment, Inc. (XREE) and Las Vegas Railway Express, Inc. (OTC PINK : XTRN).”

“This consolidation of interests is being done to benefit the many shareholders who invested in the project of running trains between LA and Las Vegas and who may have had their equity diminished,” stated Barron. “We just want all those who helped us get here have an opportunity to participate in the rewards of execution on this project.”

All of that said, it’s been quite a move for XTRN. Recent action has seen 1800% tacked on to share pricing for the stock in the past couple days. Volume has also been through the roof, as you might imagine. It’s been a thick tape.

Currently trading at a market capitalization of $1.5M, XTRN has virtually no reported cash on the books, which compares with about $1.5M in total current liabilities. The company is pre-revenue at this point. This is an exciting story, and we look forward to a follow-up chapter as events transpire. For continuing coverage on shares of $XTRN stock, as well as our other hot stock picks, sign up for our free newsletter today and get our next hot stock pick!