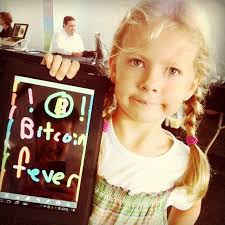 UBI Blockchain Internet Ltd (OTCBB:UBIA) is an interesting play in the blockchain space (think: bitcoin) that just doubled in price on a major jump in volume. However, while the move looks like a big deal, it’s extremely important to appreciate the float in play in this stock: just 101k shares. I don’t think I’ve ever come across a stock with a float that tight. Not by a long shot. If you breathe on this stock’s chart, it moves a buck. It’s light as a feather. So Wednesday’s move doesn’t actually imply a whole lot of new buying interest at all.

That said, it’s an important move. In all, we’ve witnessed nearly 140% added to share values of the company over the past week of action, but that move comes in the context of a larger bearish trend. However, UBIA has evidenced sudden upward volatility on many prior occasions. Moreover, the name has seen interest climb, with an increase in recent trading volume of topping 380% above the average volume levels in play in this stock over the longer term. This should not be overlooked given the stock’s very limited trading float of 41K shares, as noted above.

UBI Blockchain Internet Ltd (OTCBB:UBIA) promulgates itself as a company with a business that encompasses the research and application in blockchain technology with a focus on the Internet of Things covering areas of food, drugs and healthcare.

Management plans to focus its business in the integrated wellness industry, by providing procedures for safety and effectiveness in food and drugs, but also preventing counterfeit or fake food and drugs.

With the advancement of the blockchain technology, the Company plans to trace a food or drug product from its original source within the context of the internet of things to the final consumer.

Find out when $UBIA stock reaches critical levels. Subscribe to OracleDispatch.com Right Now by entering your Email in the box below.

The catalyst for the move is the explosion higher in bitcoin prices as the world finally starts to seriously wake up and get into mania mode on the digital currency and blockchain-related market plays. With a float of 101K shares, as we noted above, this stock simply can’t handle any kind of an influx of interest without going into orbit.

In short, it would appear that UBIA is pin action on the parabolic rise in bitcoin.

Other than the gigantic spike in bitcoin, the only important recent catalyst that we could find on the stock is an 8-K filed about a week ago that points to an acquisition by the company of a Chinese listed stock.

On May 16, 2017, the Board of Directors (the “Board”) of UBI Blockchain Internet, LTD (“UBI” or “the Company”), a Delaware corporation, ratified and approved an Acquisition Agreement (“Agreement’) with Shenzhen Nova E-commerce, Ltd., (“NOVA”) a private Shenzhen Chinese corporation. Under the terms of the Agreement UBI acquired 100% ownership of Nova in exchange for 25,000,000 unregistered restricted Class C common shares by UBI. The 130 owners of NOVA will receive Class C common shares, based on their pro-rata ownership of NOVA, when the transferred ownership of NOVA has completed. The transfer of ownership officially takes place when the business license in Hong Kong has been changed to UBI. This process can take a few weeks to a couple of months to take place.

Following the acquisition and the licensee name change to UBI, NOVA will be a 100% owned subsidiary of the Company.

Shenzhen Nova E-commerce Ltd. was incorporated on May 26, 2016 and currently operates a online store in China selling a wide range of products including maternal and infant products, cosmetics, wine, household goods, digital and luxury products. Nova’s website became operational in April, 2017. NOVA is registered in Qianhai Free Trade Zone, China. Its business operation is an e-commerce platform offering online retail service, via OYA Mall. From its inception on May 26, 2016 through April, 2017, NOVA has been building its website and infrastructure. Nova has commenced its operation in April 2017.

Currently trading at a market capitalization of $221.8M, UBIA has virtually no cash on the books, which stands against virtually no total current liabilities. The company is pre-revenue at this point. As more color becomes clear on the name, we will review the situation and update our take. For continuing coverage on shares of $UBIA stock, as well as our other hot stock picks, sign up for our free newsletter today and get our next hot stock pick!