What’s Behind The Selloff on JBS SA ADR EACH REP 2 ORD (OTCMKTS:JBSAY) 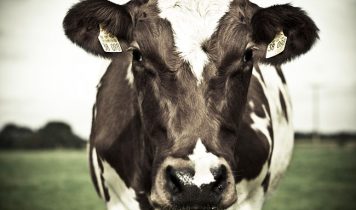 JBS SA ADR EACH REP 2 ORD (OTCMKTS:JBSAY) is an American Depository Receipt whose underlying security is the Brazilian company JBS S.A. This is the largest meat processing company in the world. Started in 1953 as a humble slaughtering house in Brazil, the company now has 150 industrial plants around the world with economic presence in 5 continents. Moreover, it owns 78.5% of Pilgrim’s Pride, the largest chicken producer in the United States.

While the lion’s share of their business is related to the Food and Beverage Sector, they also have some weight to throw around regarding meat by-products. This diversifies their market presence by acting as suppliers for other businesses ranging from textile fashion through their JBS Leathers business to the hygiene industry through their subsidiary JBS Higiene & Limpieza.

JBS SA ADR EACH REP 2 ORD (OTCMKTS:JBSAY) is an undervalued stock according to the technicals. But the stock has taken a beating recently due to corruption cases against the founders. JBSAY is being smeared, but it still has legitimate business ventures behind it. However, we need to look closely at these reports concerning compliance.

Subscribe below and we’ll keep you on top of what’s happening before $JBSAY stock makes its next move.

Brazil federal police are investigating loans by development bank BNDES to JBS SA, the world’s largest meat processor. A police source told Reuters they would detain 37 people for questioning and conduct 20 search and seizure warrants as part of a probe into an unnamed meatpacker.

Brazil’s JBS SA responded by saying that all investments it received from development bank BNDES followed laws and regulations governing capital markets, according to a statement. Federal police said on Friday they were investigating potential fraud in loans made by BNDES unit BNDES Participações SA in an unnamed meatpacking company since 2007. A police source identified the firm as JBS.

Brazilian meatpacker JBS SA’s stocks and bonds plunged on Monday as investors worried about the legal and financial consequences stemming from its central role in Brazil’s latest corruption scandal.

The selloff came as holding company J&F Investimentos, controlled by billionaires Joesley and Wesley Batista, resumed negotiations with Brazilian prosecutors over a multi-billion dollar fine that would settle charges they bribed President Michel Temer and a raft of other politicians.

Joesley Batista, 44, now JBS’s chairman, is widely credited with masterminding an aggressive series of foreign acquisitions, including Swift Foods and Pilgrim’s Pride Corp. Those takeovers, made with the help of 8.1 billion reais in funding from state development bank BNDES, helped build JBS into the industry heavyweight it is today.

JBSAY says that the funding from the state development bank BNDES to them is within legal grounds.

Again, technical analysis and news coverage shows that the stock is best to be avoided while fundamental analysis shows that this is a meat-lovers dream on sale. In fact, the stock ended on a positive note to the tune of 17.07% increase to the price of 4.87. However, do know that Block & Leviton LLP, Boston-based law firm representing investors, have filed a lawsuit against JBS, alleging that:

(1) JBSAY executives bribed regulators and politicians to subvert food inspections of its plants and overlook unsanitary practices, such as processing rotten meat and running plants with traces of salmonella; (2) Defendant J. Batista was providing monthly bribery payments to a former Brazilian government official and a lobbyist; (3) there were irregularities with the loans JBS received from Brazilian state-owned development bank BNDES; (4) the Company and other entities controlled by Defendants W. Batista and J. Batista made suspicious trades that exhibit signs of possible insider trading prior to the revelation of a plea deal by the Company’s top executives; and (5) as a result, Defendants’ statements about the Company’s business, operations and prospects were materially false and misleading and/or lacked a reasonable bases at all relevant times.

As for a financial standpoint, JBSAY is trading below its value and should be an interesting purchase. JBSS3, the parent company, is valued at $5.58 billion. One of JBSAY purchased company, Pilgrim’s Pride, has a market value of $7.78 billion and JBSAY’s share is $4.56 billion. Remember that their revenue for 2016 is $53.5 billion, which is just a year from the more than 50 years of profitable financial records for JBSAY.

JBS SA ADR EACH REP 2 ORD (OTCMKTS:JBSAY) is currently in an oversold stage in RSI at 38, while there is a Bollinger bounce when the price reached support of 3.43. Majority of the volume that was traded on 5/23/17 shows the bulls are winning. This may be a reversal signal from the bullish sentiment. JBSAY is an interesting stock to watch right now and while technical and fundamental indicators may signal a bargain, there are still the political and legal risks due to the news surrounding the company. For continuing coverage on shares of $JBSAY stock, as well as our other hot stock picks, sign up for our free newsletter today and get our next hot stock pick!