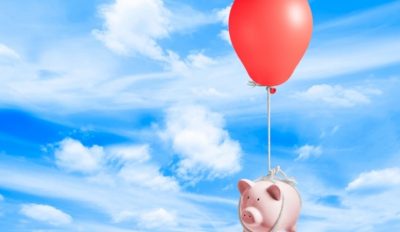 After a disastrous 2016 and a mixed start to the first half to 2017, Cannasys Inc (OTCMKTS:MJTK) is once again on the uptick, the bullish January sentiment in the Marijuana sector helped elevate its stock price to levels not seen since October last year hitting 0.0190 in mid January but has made a steady decline back to levels even lower than the end of last year. The stock saw a new lease of life on the 24th May with a rally back to 0.0030.

CannaSys is looking to put 2016 behind it, the marketing and branding company that operates in the regulated cannabis sector was majorly impacted by convertible debts and the accompanying dilution with those debts. The dilution hammered the share price and many investors were patiently waiting for an opportunity to get back in on MJTK. After the boom in the cannabis sector over the first two months of 2017, we saw a lot of profit taking and the market has cooled off significantly since that moment.

Cannasys Inc (OTCMKTS:MJTK) describes itself as “a leading technology solutions, marketing, and branding company in the regulated cannabis industry. Its core products are delivered “software as a service” to facilitate point-of-purchase transactions, customer relationship marketing solutions, and regulated cannabis laboratory information management systems. CannaSys plans to develop, acquire, and build strategic relationships with other businesses in order to bring additional solutions to market in both established and developing medical and recreational cannabis states.”

In the summer of last year, CannaSys’ technology products expanded into the Californian market as they were adopted by California cannabis based in Los Angeles. CannaSys’ loyalty product, Bump Up Rewards, was implemented by the Los Angeles dispensary Synergy, they also have plans to use CannaSys’ new social deals application, CitizenToke. CitizenToke is a mobile web based platform that sends text messages to cannabis customers communicating promotions and discount coupons. CEO Michael Tew commented:

“As we look ahead, we are focused on new growth avenues to leverage our existing suite of products. We believe that Citizen Toke will be a meaningful part of this growth given its revenue model, attractive customer pricing and economic opportunity, social aspect, and ability to accurately gather end-user statistics within geographies.”

Find out when $MJTK stock reaches critical levels. Subscribe to OracleDispatch.com Right Now by entering your Email in the box below.

It is quite clear that the Marijuana sector is waiting for legalization, and with the Canadian Prime Minister Justin Trudeau beginning to follow through with his campaign promise by filing an Act to Amend the Controlled Drugs and Substances Act, this is exactly what CannySys and the rest of the regulated cannabis industry have been waiting for. The aim is to to have legalization implemented by July 2018, this would open up a huge market – Deloitte estimates the market has a base retail value between $4.9 billion-$8.7 billion.

If this all goes to plan then expect to see a resurgence for CannaSys as it will now have access to a much wider market, it is estimated on the lower end that at least 600,000 kg of cannabis would need to be produced to meet the demand from adult users which is far greater than the amount being currently produced. This expansion of the market will require companies such as CannaSys to provide its services in helping vendors know their customers better through data analytics and providing the correct digital infrastructure to improve marketing and customer retention.

As we have seen in the initial stages of any market, it will take a period of time for the market to mature and this provides great opportunities for companies such as CannaSys to establish themselves as a major player in the technology space of the cannabis sector. For continuing coverage on shares of CannaSys stock, as well as our other hot stock picks, sign up for our free newsletter today and get our next hot stock pick!