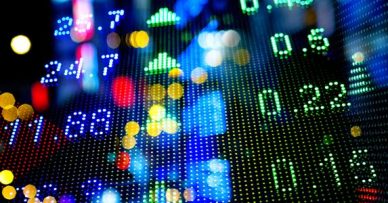 Dolat Ventures Inc (OTCMKTS:DOLV) is a penny play that we nailed on the money very early on the bull move that has so captivated traders over the course of the last two months. Well ahead of the news, we postulated that this was going to be a reverse merger headline, and that it would be a move into the electric vehicle space.

While details are still rather sparse, we do see continuing very promising action in shares of the company following confirmation of the move. Recent action has seen 59% during the past month in terms of shareholder gains in the listing. This is emblematic of the stock. DOLV has a history of dramatic rallies. In addition, the stock has registered increased average transaction volume recently, with the past month seeing 16% over the long run average.

Dolat Ventures Inc intends to file consolidated financial statements reflecting the acquisition during the next two weeks. We thank our shareholders for their interest in the Company and patience while we bring our filings current.”

According to some recent research, the EV industry is moving towards a change in which the original equipment manufacturers are focusing on long-range EVs that will provide 200+ miles on a single charge.

The Global Electric Vehicle Market Outlook, 2017 from Report Buyer continues on to note that, “This will require a higher battery capacity and reduced charging time to compete with conventional cars. EVs with a 200 mile range will be launched by GM (Chevrolet Bolt) and Tesla (Model 3). Most of the leading OEMs will re-launch their flagship models as second-generation models. BMW i3 and Ford Focus Electric will be launched with a facelift. A number of start-ups will launch their plans to introduce EVs into the market, which will mainly focus on competing with Tesla.”

The stock itself has been ripping higher since the announcement, pushing from well under a penny to now up nearing a potential test of the dime level. Those carrying interest in the stock no doubt would prefer to get some new updates out of the company. But with a reverse merger into Chinese-led management and new roots, the information flow out of the company may be somewhat less frequent than one might otherwise expect.

At this time, carrying a capital value in the market of $59.7M, Dolat Ventures Inc has virtually no reported cash on the books, which compares with virtually no total current liabilities. DOLV is pulling in trailing 12-month revenues of $181K. However, the company is seeing recent declines on the top line on a sequential quarterly basis, with revenues falling at 0% as of its latest reporting period. We will update the story again soon as developments transpire. For continuing coverage on shares of $DOLV stock, as well as our other hot stock picks, sign up for our free newsletter today and get our next hot stock pick!