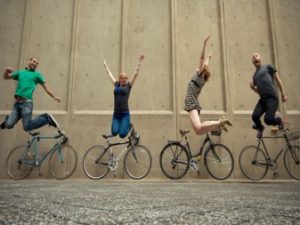 NII Holdings, Inc. (NASDAQ:NIHD) started the year strong trading to $3.00 on the back of a nice rally ending 2016. However, since January the stock has trended lower until recently when it put in a bottom at .36 cents. This is a long hard fall for them. If you look at the chart below, you can see the declining channel from January at $3.00 to the May support level. We are writing here because the stock has rallied off the bottom over the last week trading as high as $1.25 on over-sized volume. It is possible that the shorts were forced to cover their bets creating this catalyst?

It is hard to pinpoint the fundamental reasons for the bottom, but we see that the company has proactively taken measures that have led to improvements in its internal control over financial reporting and issued the following statement to the stockholders of the company: “Effective immediately Ricardo Knoepfelmacher has stepped down from the Corporate Governance and Nominating Committee of the Board of Directors.  Robert Schriesheim, an independent member of the Board of Directors, has joined the Corporate Governance and Nominating Committee.”

NII Holdings, Inc. (NASDAQ:NIHD) has proactively taken measures that have led to improvements in its internal control over financial reporting. NIHD previously disclosed in its annual reports for the years ended December 31, 2015 and 2014 that its internal control over financial reporting was not effective due to a material weakness at Nextel Brazil, the Company’s operating subsidiary in Brazil. Specifically, Nextel Brazil did not establish an effective control environment and monitoring activities, including an organizational structure with sufficiently trained resources where supervisory roles, responsibilities and monitoring activities were aligned with financial reporting objectives.

Throughout 2015 and 2016, NIHD took a number of actions to improve the control environment and risk assessment processes. In connection with the evaluation of the effectiveness of the design and operation of NIHD’s disclosure controls and procedures for the year ended December 31, 2016, management believed that the control deficiencies pertaining to this material weakness were remediated.

Find out when $NIHD stock reaches critical levels. Subscribe to OracleDispatch.com Right Now by entering your Email in the box below.

NIHD also disclosed that its internal control over financial reporting was not effective as of December 31, 2016 due to a material weakness in Nextel Brazil’s control environment and information and communication processes. The control environment was not effective because an appropriate tone at the top was not established at Nextel Brazil, which could result in management override of internal control over financial reporting. Also, the information and communication process was not effective because the Company did not identify information necessary to account for leases, certain accrued liabilities and operating expenses.

NII Holdings, Inc. (NASDAQ:NIHD) has taken several actions to address this material weakness, including providing additional training to Nextel Brazil employees. In addition, on April 25, 2017, Nextel Brazil hired Roberto Rittes as its new chief executive officer.  Mr. Rittes is expected to bring an increased commitment to establishing an appropriate tone at the top in Brazil by reinforcing compliance with the Company’s code of conduct and other corporate policies.

In addition, in 2016 NIHD focused its executive officers and employees on cash management and cash savings through the use of revenue, adjusted EBITDA and cash flow performance measures for the Company’s 2016 cash bonus program.  As a result, the NIHD’s segment earnings, defined as operating income (loss) before depreciation, amortization, impairment, restructuring and other charges, improved by $185 million from a loss of $155 million during the combined period ended December 31, 2015 to $30 million for the year ended December 31, 2016.  Additionally, NIHD’s capital expenditures were reduced by $91 million, or 63%, over the same period.  The resulting 2016 bonus payouts reflect employees’ success in improving the NIHD’s cash management and cash utilization during 2016.

The bottom line: We see these changes as positive for shareholders, which is why the volume and price movements in May become the most important news the company has put out year to date. This is a stock to watch after a big day yesterday, where shares jumped 40.56% to close at $0.74. During the day, 21.84 million shares traded hands on 44,436 trades compared with an average daily volume of 1.1 million shares out of a total float of 100.57 million For continuing coverage on shares of $NIHD stock, as well as our other hot stock picks, sign up for our free newsletter today and get our next hot stock pick!