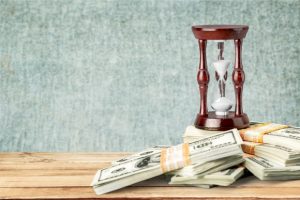 The first half of the year saw APHRIA INC COM NPV (OTCMKTS:APHQF) rally by 75% from $3.81 to an all time high of $6.60. Each rally to the upside saw steady and health consolidation spanning a few weeks before the rapid surge in late March to mid April which saw it peak at $6.60 on the 11th of April.

From here it has been all downhill with a dramatic sell off and a shift in sentiment, the bears have taken control driving the price down to almost the same level it started the year at. The close on the 31st of May shows the lower wick touching the 200 day Moving Average which could be acting as a key support level, if you are looking to get in then this looks like the prime opportunity.

APHRIA INC COM NPV (OTCMKTS:APHQF) is a Canadian-based marijuana grower that sells for medicinal purposes, it sells through an e-commerce platform and also takes phone orders. They pride themselves on extremely high quality customer service – ranked number 1 in patient care for 2016, and also provide quick delivery in a professional manner selling Marijuana at competitive prices.  Since Canada has permitted medical cannabis to be sold since 2001, the medical cannabis companies will be best positioned leading into the next phase of the Green Rush.

The Marijuana Industry can be difficult to gauge, some companies have made a lot of investors extremely rich but plenty more have disappointed,  Aphria Inc (OTCMKTS: APHQF)  shows all the signs of delivering on its massive potential even if the current stock price does not reflect this. The company has had 6 consecutive quarters of positive earnings growth, quite a feat in this very turbulent industry.  Last year, total revenue was $8.43 million, a staggering 1400% increase from 2015. First quarter of 2017 revenue stands at $5.12 million, 60% of last years total, so well on track for a mouthwatering rest of the year. Aphria is the first public licenced medical cannabis producer to report positive cash flow from operations and the first to report positive earnings in consecutive quarters.

Recently, Aphria has been granted approval for Part 2 expansion by Health Canada which will allow them to triple their production capacity of medical cannabis from 2,600 kgs to 8,000 kgs annually. Another factor to consider is Aphria’s previously announced expansion into the U.S. market, they took the first step last week by announcing the Completion of Strategic Investment in DFMMJ, and Exclusive Management Agreement with Chestnut Hill Tree Farm LLC. DFMMJ intends to continue to target, for expansion, key US states that have approved medical use of marijuana and meets its stringent investment criteria.

The Trudeau administration has started to follow through on its campaign promise to legalize Marijuana by introducing legislation last month, the public are quite clearly in favour and the government are obliging. After a busy start to the year we have seen a lull in activity regarding the Marijuana stocks but they are about to blow up again in spectacular fashion as Green Rush 2.0 hits this year.

The writing is quite clearly on the wall for the Marijuana indsutry – this is the beginning of an incredible expansion that is still in its initial stages. Growth for legal sales in 2017 is expected to be around $5 – 6 billion with projections of sales estimated at $11 billion in 2019 and up to $17 billion in 2021. Aphria is at the very forefront and with its supply chain, contacts and capital at its disposal, as well as its expansion into the U.S. we expect to see it accelerating into the latter part of 2017. For continuing coverage on shares of Aphria Inc. stock, as well as our other hot stock picks, sign up for our free newsletter today and get our next hot stock pick!