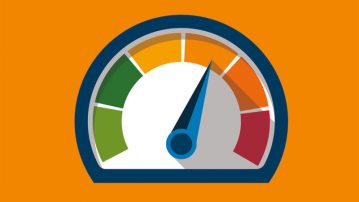 Last we wrote about Glu Mobile Inc. (NASDAQ:GLUU) we focused on Kris Bryant, the Chicago Cub 3rd baseman and GLUU’s relationship with MLB as this mobile game developer continues creating celebrity franchise games. The company has a history of working with various celebrities to see what works and converts to gaming revenue for shareholders. GLUU shares are up 31% YTD and Investor sentiment is near all time highs.

The latest news from Glu Mobile Inc. (NASDAQ:GLUU) is about extending the relationship with Gordon Ramsay and features not only a new name, but also enhanced graphics, a streamlined user-interface and updated world map navigation for players to enjoy.

Since launching worldwide in June 2016, the game has received an overwhelmingly positive player response and continues to be an important contributor to Glu’s overall bookings as well as the company’s broader DASH franchise. As such, Glu has further committed to the title by entering into a multi-year extension of the company’s partnership with Chef Gordon Ramsay.

“Restaurant DASH with Gordon Ramsay is an evergreen title for Glu that we remain committed to as we continue to see download and revenue potential,” said Nick Earl, Glu’s President and CEO. “Chef Gordon Ramsay is a hands-on, committed partner and I couldn’t be more pleased to be extending our relationship with him.”

“It’s been an incredible response since launching my mobile game last year, and just like my restaurants and television programs, we’re constantly keeping concepts, menus and TV content fresh and exciting,” said Chef Gordon Ramsay. “We’re taking it to the next level with Restaurant DASH with Gordon Ramsay, expanding it to include a fantastic community of players. I can’t wait for existing and new players alike to check it out!”

Subscribe below and we’ll keep you on top of what’s happening before $GLUU stock makes its next move.

Ramsay himself has provided significant creative direction much like he has for his wildly successful restaurants and TV shows, and the evolution of the DASH franchise continues with deeper social connectivity allowing players to send and receive gifts, share messages with other players around the world, create and complete group goals for bigger rewards, share accomplishments and much more.

Join Chef Gordon Ramsay on a culinary adventure from amateur chef to master of a restaurant empire! Under the watchful eye of Chef Gordon Ramsay, players travel from venues like Big Bay Burgers in San Francisco to Kiwi Cottage in New Zealand, serving up delicious fare while starring in reality cooking show ‘Rising Star Chefs.’ Be careful not to burn anything, or Gordon will have your head! Mirroring Gordon’s own climb from line cook to multi-Michelin star chef, players prepare, cook, and serve signature dishes.

Featuring deep social connectivity, Restaurant DASH with Gordon Ramsay offers the ability to barter for high-quality ingredients utilizing the Farm Market feature. Players then head into Chef Duels to battle others around the world and rise up the leaderboard inching closer to becoming Gordon’s Rising Star chef. Restaurant DASH with Gordon Ramsay is available for free from the App Store on iPhone, iPad, or iPod touch. This is one of the more exciting stores in the small cap space and we will update when more details emerge. For continuing coverage on shares of $GLUU stock, as well as our other hot stock picks, sign up for our free newsletter today and get our next hot stock pick!