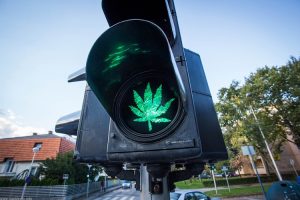 Antero Resources Corporation (AR) shares are trading at lower $3.48 and the avg recommendation for the stock is Hold, while the current analyst price...
Read more
Investing

Amcor plc (AMCR) shares are trading at lower $10.32 and the avg recommendation for the stock is Moderate Buy, while the current analyst price...
Read more
Investing

Sorrento Therapeutics Inc. (NASDAQ:SRNE) on the Path to Ruin

Sorrento Therapeutics Inc. (SRNE) shares are trading at lower $7.09 and the avg recommendation for the stock is Moderate Buy. To add more color...
Read more
Investing

Zomedica Corp. (ZOM) shares are trading at lower $0.07 and the avg recommendation for the stock is Moderate Buy. To add more color to...
Read more

OWC Pharmaceutical Research Corp (OTCMKTS:OWCP) released news at the Lyons Capital Conference in Boca Raton, Florida that sent a pop in shares earlier this year. The news revolved around cannabinoid-based therapies targeting a variety of different medical conditions and disorders. Now, OWCP has announced it has received Institutional Review Board (IRB) approval to conduct safety testing on its proprietary topical crème compound for the treatment of psoriasis and related skin conditions.

The approval follows the 8K filing announcing an extension to the size and scope of its efficacy study on the same compound. The IRB approved study encompasses the cream itself, as a delivery mechanism, as well as the proprietary psoriasis formulation, and is the first to formally make such claims with the NIH Registry.

OWC Pharmaceutical Research Corp (OTCMKTS:OWCP) and the double-blind study, which will be conducted on healthy volunteers at one of Israel’s leading academic hospitals, is designed to demonstrate the safety of the formulation in treating psoriasis on human skin tissue. Administrators began soliciting for study participants as soon as approval was received.

Subscribe below and we’ll keep you on top of what’s happening before $OWCP stock makes its next move.

Dr. Yehuda Baruch, the Company’s Director of Research and Regulatory Affairs, commented on the announcement, “This approval is a significant milestone for OWC, where our mission is to bring the same rigorous approach common to traditional pharmaceutical development to the medical cannabis field. As we reported earlier this year, the results of our efficacy studies were so encouraging that management decided it was in our interest to extend the size and scope of the study to check the biological markers that had been generated to date, among other things.”

Dr. Baruch went on to say, “With each study we conduct, the ability of our formulation to provide relief for psoriasis-related symptoms to patients suffering from the condition are substantiated. The study that was just approved was designed to assure patients and caregivers that it is safe to use outside of laboratory conditions.”

Ziv Turner, OWC’s Vice President of Business Development and Managing Director of One World Cannabis, Ltd., the Company’s wholly-owned subsidiary, went on to say, “As soon as we announced the formulation of our psoriasis treatment we began receiving requests for the product from patients suffering from the condition. After many years of research and development, this is the final study as we prepare to introduce it to the market. We expect to the program will be in full swing by the end of the month and hope to have it completed by during the second quarter of 2017, and in the hands of patients shortly thereafter.”

Frankfurt, Germany-based Mediq has extensive experience, knowledge and a successful track record in enabling Israel-based companies to penetrate the European markets. Mediq’s objectives for OWCP will consist of both scientific collaboration and most importantly the development of a commercial market for OWCP’s proprietary, active cannabinoid-based topical psoriasis cream in Germany.

Commenting on the collaboration with OWCP, Jan Wende, managing director of mediq stated, “We’re looking forward to initiating our efforts on behalf of OWCP in Europe, starting in our home market of Germany. Since German laws and regulations allow non-smokable forms of medical cannabis, we believe that OWCP’s proprietary cannabinoid-based topical psoriasis cream is the right product at the right time.

Furthermore, Germany is the largest European healthcare market and therefore offers the perfect platform to gain local evidence and roll out the concept into other European countries. Our initial focus for OWCP is on the German market, however we’re excited about the long-term opportunities throughout Europe, a market with a population of over 740 million.”

Alon Sinai, managing director of OWCP’s wholly-owned, Israel-based subsidiary, One World Cannabis, also commented on the collaboration with Mediq, “The German market is a great opportunity for OWCP. Germany, with its population of over 81 million, and a gross domestic product of over US$3.36 trillion is the largest economy in Europe. Also, potentially beneficial to OWCP is Germany’s recent medical cannabis legislation, which currently limits the usage of smokable-products, and which also provides for reimbursement for medical cannabis by the country’s healthcare system. Mediq is a great partner for OWCP, and we’re looking forward to the prospects of a long-term and mutually relationship with the company both regarding the introduction of OWCP’s cannabinoid-based psoriasis cream in the German marketplace, but also for the prospects for scientific collaboration in the country.”

Shares of OWC Pharmaceutical Research Corp. (OTCMKTS:OWCP) have settled back since the announcement from the lofty $2.40 highs to near .75 cents. It is important to note the entire cannabis sector has had 50% pullback across the board as the industry awaits federal legalization. Many investors will sit through the pullbacks knowing the sector has a second act coming. We will watch shares here as this proprietary topical crème compound for the treatment of psoriasis and related skin conditions gains traction in the new age of cannabis. For continuing coverage on shares of $OWCP stock, as well as our other hot stock picks, sign up for our free newsletter today and get our next hot stock pick!

Caesars Entertainment Inc. (CZR) shares are trading at lower $45.26 and the avg recommendation for the stock is Strong Buy, while the current analyst...
Read more
Sector News

Teladoc Health Inc. (TDOC) shares are trading at higher $226.94 and the avg recommendation for the stock is Moderate Buy, while the current analyst...
Read more
Opinion

SuperCom Ltd. (SPCB) shares are trading at higher $0.96 and the avg recommendation for the stock is Hold. To add more color to this...
Read more
Investing

US Foods Holding Corp. (NYSE:USFD) Stock is Plummeting, Here is Why

US Foods Holding Corp. (USFD) shares are trading at lower $21.30 and the avg recommendation for the stock is Moderate Buy, while the current...
Read more
ORACLEDISPATCH