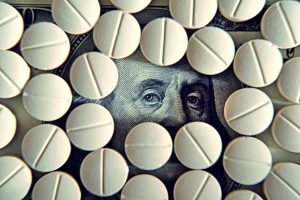 Imprimis Pharmaceuticals Inc. (NASDAQ:IMMY) All eyes have been on this Ophthalmology-focused pharmaceutical company. Imprimis Pharmaceuticals Inc. (NASDAQ: IMMY), a San Diego-based company specializing in the development, production and dispensing of compounded pharmaceuticals, is starting to appear on the radar screens of investors who are encouraged by the company’s growth prospects. On May 10, for example, the company reported record quarterly revenue on the basis of strong growth in its ophthalmology therapeutic segment.

Shares of Imprimis Pharmaceuticals Inc (NASDAQ:IMMY) are currently trading at $3.90, giving the company a total stock market capitalization of $88.54 million. Over the most recent 52-week period, shares have traded as low as $1.69 and as high as $4.69. On a YTD basis, shares are up 56%. Over the most recent 5-day trading period, shares are up 14.71%.

Find out when $IMMY stock reaches critical levels. Subscribe to OracleDispatch.com Right Now by entering your Email in the box below.

Management indicated that the IMMY customer network has grown to 1,650 ophthalmologists, surgery centers and managed care organizations. And on May 4, the company announced the launch of its patent-pending Simple Drops preservative-free glaucoma drops. So there seems to be quite a bit of momentum building around the ophthalmology business segment.

However, IMMY still is not profitable. And, in fact, the company badly missed its consensus earnings target for the quarter. The company reported an EPS of ($0.26), which missed the consensus EPS target of ($0.19).

And, yet, Imprimis Pharmaceuticals appears to be shaking off this negative sentiment quite nicely. By the end of May, the company’s shares were once again headed up. From May 29 to June 2, shares traded up 14.71%. And ValuEngine, which had just lowered its rating two weeks earlier, reversed course on June 2 and raised its rating back to “Sell.”

And there are several catalysts that may continue to push IMMY higher. One, of course, is the continued growth in the ophthalmology segment, which could account for 80% of the company’s total revenue by 2018, according to Imprimis management. And IMMY recently launched a new urology business that includes a patent-pending formulation for interstitial cystitis.

In fact, Imprimis, via its Imprimis Care business unit, owns, markets and dispenses a portfolio of compounded pharmaceuticals in several therapeutic areas, including ophthalmology, urology and infectious diseases. And the company’s Custom Compounding Choice unit is developing a portfolio of non-proprietary compounded drugs for humans and animals in overlooked areas. All of that suggests a potential boost to revenue by 2018.

Going forward, there’s a lot to like about Imprimis Pharmaceuticals (IMMY). As long as the company continues to show growth in its ophthalmology segment, the company appears to be on the right trajectory. The big test will come next quarter. After the company’s big miss on consensus earnings on May 10, investors will want to see that the company is once again back on track. For more news on Imprimis Pharmaceuticals and other fast-moving microcap stocks, please subscribe to OracleDispatch.com below.