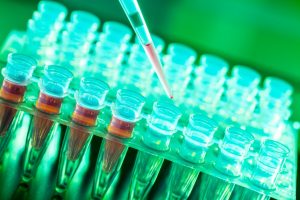 Inpixon (INPX) shares are trading at lower $1.03. To add more color to this target, the company’s high over the last year is $29.25...
Read more
Wall Street Daily

Embraer S.A. (ERJ) shares are trading at lower $4.85 and the avg recommendation for the stock is Hold, while the current analyst price target...
Read more
Wall Street Daily

Azul S.A. (AZUL) shares are trading at lower $13.99 and the avg recommendation for the stock is Moderate Buy, while the current analyst price...
Read more
Wall Street Daily

Vuzix Corporation (VUZI) shares are trading at lower $4.20 and the avg recommendation for the stock is Moderate Buy, while the current analyst price...
Read more

Pharmacyte Biotech Inc (OTCMKTS:PMCB) is an emerging potential competitor to Ely Lilly (LLY) and its chemotherapy drug, gemcitabine. The stock has certainly had its ups and downs as the company battles for legitimacy with its alternative, which is to use its advanced, inoperable pancreatic cancer therapy, “which consists of the company’s signature live-cell encapsulation technology, Cell-in-a-Box, plus low doses of the FDA-approved chemotherapy drug ifosfamide, in its upcoming clinical trial where it will go head to head with gemcitabine in order to address an unmet medical need.”

In recent action, we’ve witnessed 6% during the past month in terms of shareholder gains in the name. The situation may be worth watching. PMCB is a stock who’s past is littered with sudden rips. Moreover, the name has witnessed a pop in interest, as transaction volume levels have recently pushed 37% over what the stock has registered over the longer term.

Find out when PMCB stock reaches critical levels. Subscribe to OracleDispatch.com Right Now by entering your Email in the box below.

The company has been one for frequent road shows and engagements as it seeks to get its message out in what is something of a battle for hearts and minds in the space.

The most recent version of this process is the company’s announcement that its senior management team will attend the 53rd annual meeting of the American Society of Clinical Oncology (ASCO) to be held June 2-6, 2017, at McCormick Place in Chicago. The theme of this year’s meeting is “Making a Difference in Cancer Care with You.”

PharmaCyte’s Chief Executive Officer, Kenneth L. Waggoner, commented, “This year’s annual meeting of ASCO will be our most important as we work towards enrolling the first patient in our planned clinical trial in locally advanced pancreas cancer (LAPC). During this multi-day event, we will be hosting a special meeting of leading clinical oncologists who have expressed interest in participating in our clinical trial. This special meeting is designed to: (i) provide an update on the progress PharmaCyte has made this past year in getting ready for the trial; (ii) provide a timeline for filing the IND and for enrolling the first patient; (iii) make introductions of and allow for comments by key members of PharmaCyte’s Clinical Management Team (Dr. Manuel Hidalgo, Dr. Matthias Löhr, Translational Drug Development (TD2) and Imaging Endpoints, the two major CROs who will be conducting the trial for us); and (iv) gain a commitment from the oncologists and their respective cancer centers to participate in our exciting study.”

At this time, carrying a capital value in the market of $61.2M, PMCB has a bankroll ($2.5M) of cash on the books, which stands against virtually no total current liabilities. The company is pre-revenue at this point. This is an exciting story, and we look forward to a follow-up chapter as events transpire. For continuing coverage on shares of $PMCB stock, as well as our other hot stock picks, sign up for our free newsletter today and get our next hot stock pick!