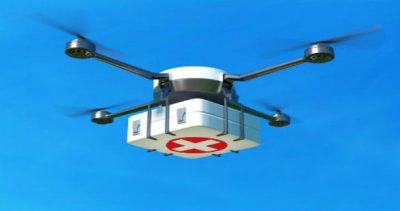 Drone Guarder Inc. (OTCMKTS: DRNG) and their high-end drone security system is getting ready for take-off. Within the consumer tech sector, drones are one of the most attractive new emerging technologies, so it’s perhaps no surprise that any company that figures out a way to harness their vast potential beyond just drone hobbyists could be sitting on a huge market opportunity. That’s why investors are now buzzing over London-based Drone Guarder Inc. (OTCMKTS: DRNG), which is integrating drones into a high-end security solution for homeowners.

Shares of Drone Guarder Inc (OTCMKTS:DRNG) are now trading at just under a buck ($0.92), giving the company a total stock market capitalization of $118.15 million. In 2017, the company has been on an epic climb upward. In fact, on a YTD basis, shares are up a stratospheric 1603.52%. Over the most recent 52-week period, shares have traded as low as $0.03 and as high as $0.94. Thus, it’s easy to see that DRNG is knocking up against its highs for the year. Based on all the enthusiasm around the stock recently, there seems like there is no place for the stock to go but up.

Find out when $DRNG stock reaches critical levels. Subscribe to OracleDispatch.com Right Now by entering your Email in the box below.

But all of that buzz has drawn the attention of regulators. So hold on for just one minute. On June 1, the OTC Markets warned the company that it had noticed a massive upsurge in promotion around the stock. Drone Guarder, on its behalf, says that it has played no role in all this promotional activity. In some cases, promoters appear to be suggesting “triple-digit returns in drones.”

That’s a very tempting investment proposition, so let’s try to separate fact from fiction. The reality is that, as of May 15, the company was still pre-revenue. In other words, Drone Guarder is still an early-stage company working on its first product. You can not currently buy a Drone Guarder solution in a retail store – although you can pre-order on the company’s website.

The security solution itself is quite innovative. It consists of a drone, an infrared camera and a mobile app. Anytime the home alarm system is triggered, a drone will take off from a wireless charging pad and survey the perimeter of the home. The drone will have an infrared camera attached to it, and will be able to communicate with the homeowner via the mobile app. If it detects an intruder presence, it will send images and text messages to the homeowner. The drone might also be able to contact 911 emergency service providers directly. In short, the drone might be able to catch an intruder “red-handed” – and have plenty of photographic evidence to back it up.

You can immediately see why Drone Guarder holds so much allure for homeowners – it’s really a high-end security system that can give total peace of mind. According to initial reports, this solution will be available to homeowners in the U.S., Canada, Europe, South Africa, and Asia-Pacific. So Drone Guarder is targeting the global market.

There are two possible options: either purchase the system outright as a turnkey solution, or lease the drone security system on a monthly or annual basis. On the Drone Guarder website, the pricing for the lease option appears to be $8.99 per month or $79.99 per year. The “Eye in the Sky” home security solution is available now for pre-order for November 2017 delivery.

Thus, there’s still 6 months until the company will have an operational product. In the interim, though, the company has brought in a new CEO with extensive sales and marketing experience in the security equipment industry. This executive, Adam Taylor, is the former sales and marketing director of Impregnable Security, which sold high-end security systems.

In trying to properly value the company, it’s important to figure out how much of this security solution is truly proprietary – meaning that no other company can offer this solution – and how much of it is based on off-the-shelf technology. In one report, for example, the drone is simply a DJI Mavic Pro quadcopter – the type of drone that you can buy on Amazon.com right now for just over $1,000. So what’s to stop an everyday drone hobbyist from putting together their own homemade security system?

Thus, the stock’s phenomenal ascent to $0.92 a share with very little news to support this rise might be cause for concern. It might give investors greater peace of mind if Drone Guarder releases some pre-order sales data, as well as more insights into its assets and liabilities.

Of course, if you are willing to accept the risk of getting in early, then the drone segment is certainly one that’s ripe for growth. With DRNG planning to sell its solution worldwide, this could be a market that’s ready to take off. Literally. For more news on Drone Guarder and other fast-moving penny stocks, please subscribe to OracleDispatch.com or text OD to 25827.