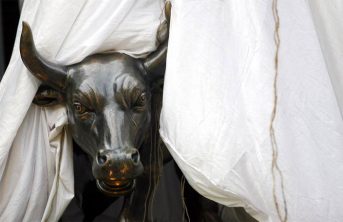 On The Move Systems Corp (OTCMKTS:OMVS) is a penny player in the transportation space that has grabbed hold of the attention of traders during the stock’s recent bounce. The key theme involved here stems from the company’s recent binding LOI that was entered into on May 11th, 2017 for the purchase of 100% of Robotic Assistance Devices – “RAD” – by OMVS. It is anticipated that the acquisition will close before August 10, 2017.

The most recent catalyst is an announcement that RAD is in advanced discussions with a major distribution partner for the distribution of its autonomous robotic units in North America. RAD’s partner manages tens of thousands of security guards and has thousands of clients. “We believe that the versatility of your security robots, particularly the all-terrain capability and advanced electronics allowing integration into our client’s existing security systems, allows us to offer supplemental security services that will significantly benefit our customers,” said a Vice President of the partner in charge of corporate security services. “Our intention is to support and team with you to offer your security robots along with our human guards through our network of locations to our existing customer base.”

According to the company, “We reincorporated into Nevada on February 17, 2015. Our business focus is transportation services. We are currently exploring the on-demand logistics market by developing a network of logistics partnerships. Our year-end is February 28.”

As noted above, OMVS recently entered into a binding letter of intent to acquire RAD. According to the binding LOI, RAD and OMVS will enter into a definitive agreement within the next 90 days to consummate the acquisition. “This acquisition is expected to generate significant value for OMVS,” said Garett Parsons, President and CEO of OMVS, “RAD has tremendous growth opportunity, has a growing backlog of over one million dollars in orders and has garnered significant interest among the Fortune 500 community.”

With RAD now picking up momentum on the operational front with expanding revenue sources apparently coming together, market participants are chasing shares of OMVS in striking fashion.

In all, we’ve witnessed just shy of 320% tacked on to share pricing for the name in the past week. This is emblematic of the stock. OMVS is a stock who’s past is littered with sudden rips. What’s more, the listing has seen an influx in interest of late, with the stock’s recent average trading volume running a bit less than 240% beyond its prior sustained average level.

It pays to take note of this fact given the stock’s tiny trading float of 2M shares (last reported). As savvy traders are well aware, ramping trading activity can overwhelm available supply in a stock with this type of small float, leading to an upward burst in prices.

At this time, carrying a capital value in the market of $1.99M, OMVS has virtually no cash on the books, which must be weighed relative to about $1.5M in total current liabilities. One should also note that debt has been growing over recent quarters. The company is pre-revenue at this point. This is an exciting story, and we look forward to a follow-up chapter as events transpire. For continuing coverage on shares of $OMVS stock, as well as our other hot stock picks, sign up for our free newsletter today and get our next hot stock pick!