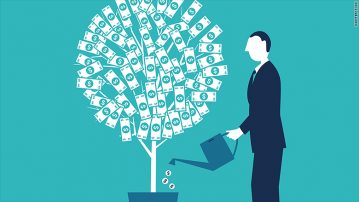 Players Network (OTCMKTS:PNTV) shares are moving on volatility 2.68% or $0.002 from yesterday and another 0.0163 at the time of writing. The OTC listed company is carrying a $49.63 marketcap.

The company’s stock is up here because of recent news. At the start of the month, PNTV was awarded two recreational marijuana licenses by the State of Nevada that allow the Company to supply recreational marijuana products to Nevada-based retail dispensaries. Furthermore, the company released news regarding the construction of a cultivation facility. This news is quite exciting and has caused positive ripples in the price, so let’s take a look at what is actually going on.

Announced this month, Green Leaf Farms Holdings contracted Medical Cannabis Innovations Group, a cannabis lifestyle company and product developer, to develop and buildout their 27,000 sq. ft. facility in North Las Vegas. mCig completed the first Phase of development which included two vegetation and flower rooms, an extraction lab and all the needed infrastructure to support the facility. In addition, mCig worked with the City of North Las Vegas and the State of Nevada to ensure Green Leaf was 100% compliant. mCig has already completed the design, structural engineering and technical specifications for the remaining build out of the full 27,000 sq. ft. facility. In addition to the completion of Phase 1, mCig is already nearing the completion of Phase 2 out of 3 total phases. Phase 2 is expected to complete in approx. 6 weeks which will add an additional 7,000 sq. ft. of cultivation to the facility.

Moreover, becoming a fully operational and compliant Nevada Medical Marijuana Establishment (MME) operator within the time frame set by the State of Nevada is a considerable corporate milestone that enables Green Leaf Farms to have a recreational license in the first round of issuances, and also qualifies the Company to apply for dispensaries licensing in 2018.

PNTV Chief Executive Officer, Mark Bradley said, “Working with multiple government agencies and being fully compliant with so many rules and regulations has been very challenging! Working with mCig’s management, specifically Ron Sassano and Robert Kressa, has made this process so much easier due to their invaluable industry expertise, know-how and experience in both construction and marijuana facility design.”

“Green Leaf’s facility is a state-of-the-art marijuana facility,” said Paul Rosenberg, mCig’s Chief Executive Officer. He continued, “The building has an amazing footprint with high ceilings and plenty of additional land that allows us to fully customize around optimizing growing marijuana and creating efficiencies with an ideal operation. We are looking forward to completing the next phase of development.”

Players Network (OTCMKTS:PNTV) is a company that must be watched in this sector. PNTV’s recent new is legitimately exciting and even in the fervor of the cannabis sector, which magnifies news stories of this nature, this is a company to put on your watch list. If you jumped in on PNTV three months ago, you would be looking at a 0.06 difference, which is a 259% increase. For continuing coverage on shares of $PNTV stock, as well as our other hot stock picks, sign up for our free newsletter today and get our next hot stock pick